Warning: Use of undefined constant mc_ps_parse - assumed 'mc_ps_parse' (this will throw an Error in a future version of PHP) in /home/customer/www/accentpros.com/public_html/wp-content/plugins/parse-shortcodes/parse-shortcodes.php on line 16
 Common American Idioms for Standard English Phrases - Accent Pros Skip to content

Accent Pros is happy to announce a new segment in the accent reduction blog called – Common American Idioms.  Here we will explore common American English phrases, descriptions, and use them in an example to help you understand the full breadth of the saying.  After enjoying the idioms, treat yourself to a free accent reduction tutorial available in over fifty languages here on the website. 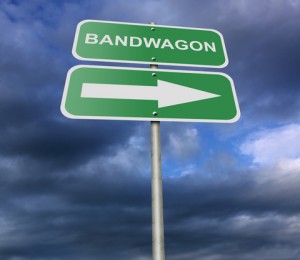 Jump on the Bandwagon

Basic Definition: The act of doing what everyone else is doing simply because it is popular.

Example sentence: I decided to jump on the bandwagon and buy a Ford Focus since most of my coworkers already  had one.

Origin of Jump on the Bandwagon: Circus owner P.T. Barnum invented the term “bandwagon” to describe the horse drawn vessel that carried his circus band from town to town, as first depicted in Barnum’s 1855 autobiography, The Life of P.T. Barnum, Written by Himself. Barnum would orchestrate elaborate parades in public areas which would invariably attract the attention of the masses, a technique soon adopted by politicians on the campaign trail. Teddy Roosevelt is believed to be the person responsible for giving the phrase universal applicability when remarked in his 1899 piece Letters, “When I once became sure of one majority they tumbled over each other to get aboard the bandwagon”. Roosevelt’s imagery of individuals literally falling over one another to support whomever they believe best represents their beliefs in a perfect illustration of how quickly human conviction can erode without support from others, as well as the desperate lengths they will go to avoid feeling cognitive dissonance 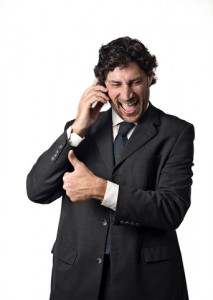 Basic Definition: A form of praise regarding someone’s preparedness or alertness.

Example sentence: Over the years Matthew has talked me out of investing in plenty of stocks that seemed invincible but ended up failing. He’s always on the ball.

Origin of On the ball: During the earliest days of organized baseball journalists and broadcasters urged batters to stay “on the ball” so as to not be deceived by the many pitches that were being devised at the time by pitchers, either through the use of pure talent or by “doctoring” the ball, rubbing it with a foreign substance to induce added movement. The late movement was especially noticeable on curveballs, sliders and other pitches that broke just before entering the batter’s hitting zone. In addition to sports the phrase is mainly used in a business context to describe people who are able to foresee unexpected outcomes and change course at a moment’s notice.

Basic Definition: The point at which a popular, normally long running TV show, book series or otherwise established piece of popular culture enters an irreversible period of decline, either because the initial concept or nature if the series has been radically changed to prolong its marketability or because the audience has stopped caring about it as they once did. Determining exactly why or when something jumps the shark is totally subjective and often a point of contention among fans and critics.

Example sentence: Both Audiences and critics seem to agree that The Office has jumped the shark since Steve Carell left the cast.

Origin of Jump the Shark:  The phrase derives from a three part Happy Days episode in which The Fonz character played by Henry Winker literally waterski jumps over a shark on a dare. The episode ran during the series’ fifth season and although the series lasted another 6 years, ultimately going off the air in 1984, this action would come to define the show for many in retrospect. Serving as a clear sign that the writers were out of original ideas that fit well with the shows premise and characters and were now more than willing to embrace outlandish stunts to keep the audience’s attention. The phrase is now exclusively part of US lexicon and is frequently used by TV columnists and fans as a shorthanded way of expressing that some aspect of the show, or perhaps the show itself,, is failing to live up to previously high standards.