Speech Profiling – Is it Wrong?

Speech Profiling – Is it Wrong? 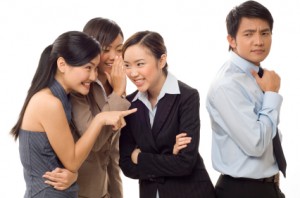 What is Speech Profiling?

To profile someone means to make a judgment based on his or her appearance, background, or the way he or she speaks.

The most common form of profiling involves judging people based on their race, known as “racial profiling”. If you talk with a foreign accent while speaking English, others may be profiling you based on your accent. At times, others may be profiling your speech only to get a better understanding of who you are, your background, and your native language.  This type of profiling can lead to an interest in your native country and culture.

Unfortunately, there are times when a person may be profiling your speech in a distasteful way. For example, if your foreign accent causes you to make mistakes in English pronunciation around native English speakers, some of these individuals may find it humorous to mock  or consider you less competent in performing similar tasks. This particular type of speech profiling should be considered wrong not only because it is rude, but also because you may be more capable of doing the same job as the native English speaker.  From their perspective, your foreign accent and English pronunciation make you seem less equipped to perform the job successfully.

Mispronunciations in English can lead to others making judgments about you, which in turn, can cause you to feel embarrassed or degraded. One thing you can keep in mind is English pronunciation mistakes do not only come from those who speak with foreign accents, but even from those who already speak with standard American accent. These mistakes can result from thinking of saying several different things at once, to trying to read a difficult word, or even by a simple slip of the tongue. The following videos are humorous examples of how even American speakers can make mistakes with their own pronunciation.

Sometimes, everyone has trouble with pronunciations of words.  Take the Icelandic Volcano for instance:

Unfortunately, there is not much that can be done about the people who negatively profile your speech, but there is something you can do to avoid any type of speech profiling in the future. You can take online accent reduction courses with a certified speech-language pathologist who specializes in helping others reduce their foreign accent. You will learn all of the necessary skills to speak with more of a standard American accent, which will ultimately help you avoid any uncomfortable speech profiling situations in the future.