Learn to speak English: The push for bilingual speakers

As they begin to learn to speak English, studies have shown children show a natural preference for those American dialects which are similar to their own, such as the standard American English accent found in the Midwest. Many parents believe they can eliminate favoritism toward a native, or dominant language in their children by exposing them to a secondary language early in their lives. In theory, these children are exposed to a secondary language when the language centers of their brains are still malleable and eventually speak the secondary language  with the proficiency of a native speaker. While it is true that younger children adapt more quickly to the innate rules of a particular language than adults, this process is not easy. Furthermore, there is now evidence to suggest that bilingual children prefer to converse in their native language. 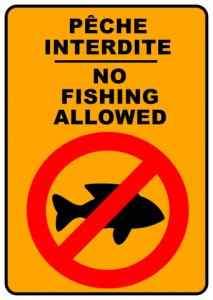 Learn to speak English: Familiarity with an accent breeds comfort

Professors Krista Byers-Heinlein and Diane Poulin-Dubois began their study of bilingual children with the hypothesis that bilingual children are more open minded toward individuals with an accent compared to their peers. 44 bilingual children between the ages of 5 and 6 were recruited from Montreal and the surrounding area. They were shown 2 faces on a computer screen, one of which spoke in their native accent while the other spoke in a foreign language none of the children were familiar with. The researchers deliberately avoided having the voice assigned to each face reinforce whatever stereotypes the children may have  held based on appearance. When asked which of the two people they would consider to be a friend, the majority of the participants picked the face that was speaking in their native accent.

Poulin-Dubois and Byers-Heinlein believe accents are one of the first ways in which children identify someone as being different from them, regardless if the person in question is an adult, someone from their own peer group, or a person they meet during the course of everyday life. Parents who are starting to learn to speak English should remind younger children not to pass judgment on those who have an accent. Explaining to a child what exactly an accent is and what causes it will help alleviate the mysterious, unusual nature of it to a child, which helps prevent the formation of accent biases.

Learn to Speak English: Where to learn more