Business professionals and others who speak English as a second language (ESL) know that when speaking, they are likely to be judged by strangers for speaking American English with an accent. Any advantage an ESL speaker can find as they learn to speak English will help in establishing credibility. 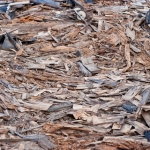 Definition: Debris are the rubble, leftovers, or scattered remains of anything destroyed or ruined.

Why it is difficult to pronounce: People often mispronounce the word because they’re not aware that the letter [s] at the end shouldn’t be voiced. Another common mistake with this word is enunciating the first syllable as [dee], rather than the [duh] or [dey].

Definition: Niche is defined as a specific market segment or position of possibility for which one is tailor-made. Niche can also pertain to a decorative recess in a wall. 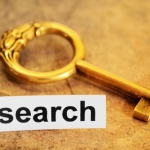 Why it is difficult to pronounce: Others often pronounce the word as [nitch], while some pronounce it as [neesh]. In a technical standpoint, both pronunciations are now acceptable, but the latter with a soft /sh/ sound in the end is generally used. What’s unacceptable is uttering the last letter of the word. The letter [e] is silent.

Definition: Queue is defined as a long line of people or objects. It’s also used to describe a waiting list. Queue is another term for a hairstyle for men, either braided or ponytailed and hanging down at the back of the head.

Why it is difficult to pronounce: The four consecutive vowels often throw people off when pronouncing the word. The trick is to disregard all the vowels and make all of them silent. Just say it like the first letter of the word, [q]. It also has the same pronunciation as its homonym, cue.

Definition: Paradigm is akin to a template – a model or pattern. The word also describes a conceptual framework or a vested and deep-rooted thought process.

Why it’s difficult to pronounce: The culprit in the frequent mispronunciation of this word is the second to the last letter [g]. The third syllable can either be pronounced as [dahym] or [dim]. As long as the letter [g] is omitted, either way is acceptable. 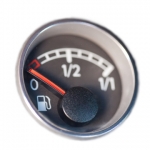 Definition: Gauge is an act of measuring, calculating or determining.

Why it is difficult to pronounce: The middle letter [u] of the word is the reason why people often mispronounce the word. When you incorrectly pronounce it with the letter [u], it’ll sound like [gawj]. When you follow the silent letter rule, its correct articulation is [geyj] like engage.