Warning: Use of undefined constant mc_ps_parse - assumed 'mc_ps_parse' (this will throw an Error in a future version of PHP) in /home/customer/www/accentpros.com/public_html/wp-content/plugins/parse-shortcodes/parse-shortcodes.php on line 16
 Accents in Movies: The Tim Monich Way - Accent Pros Skip to content

What Accent is That?

Do you usually notice when an actor or actress is using an accent for their character in a movie? An actor’s poor attempt at adopting a particular accent can also ruin otherwise good movies by making their character’s dialogue difficult or impossible to understand. Depending on the number of accents present, it’s not an exaggeration to say the success of some films hinges completely on the ability of the actors to portray believable accents.

When it comes to accents, actors and actresses don’t need help with performing a specific accent as much as they do finding an accent that fits their character and is also consistent with whatever thematic tone the director wishes to set for their film. This is where dialect coach Tim Monich enters the picture. Monich attended Carnegie Mellon University and majored in directing as an undergraduate. Monich’s approach with actors was honed as he studied under Edith Skinner, a longtime dialect coach at the Juilliard School of Performing Arts and author of the 1942 book “Speak with Distinction.” Skinner’s text focuses on teaching performers the ideal way to approach dialogue in classical plays. 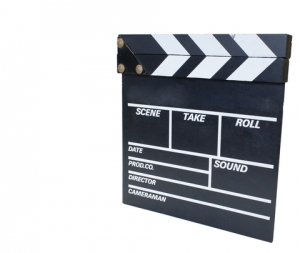 Since working with Arnold Schwarzenegger on his dialogue delivery for Conan the Destroyer (1984) and Red Sonia (1985), Monich has become the dialect coach of choice for many of Hollywood’s top directors and actors, including Martin Scorsese, Brad Pitt, Matt Damon and Leonardo DiCaprio. From a personal perspective Monich is most proud of the South African accents he was able to help Damon and DiCaprio create in Invictus and Blood Diamond respectively.

Similar to accent coaches who are committed to helping clients learn to speak English, Tim Monich looks to learn as much as possible about the accent his client’s character is supposed to have in a movie. This is accomplished through a detailed discussion with the director–in which Monich is looking to answer questions related to a character’s birth place, race, age and education level, among other details–and a chat with the actor as to how they view their character. Monich then consults his own personally archived, 30 year old database of roughly 6,000 recorded dialect samples from all over the world and selects one to act as a vocal template for the actor to follow during their training.

Never Stop Listening in Order to Learn a Language

The majority of these dialect samples come from casual recorded conversations Monich has with everyday people. He rarely tells people that he is going to record them or has them read a prepared piece of text. The knowledge that they’re being recorded causes these people to place emphasis on the wrong words, pronounce words in a sentence they would usually omit, and otherwise speak in a way that doesn’t feel natural.

Tim Monich and his adaptable approach with actors is supplemented by an archive of over 6,000 personally recorded accent and dialect samples from across the world. This indicates a mindset of someone who believes there is always more data to gather and study within their chosen profession. That such a tenacity for knowledge will be rewarded by being ahead of the curve when it comes to knowing which accent model to recommended to an actor or actress for a specific role. Those who wish to have an increased awareness of the accents and dialects around them must adopt an attitude of always being on the alert for new accents, vocabulary words or rhythms of speech and trying to learn something from the experience.

Look for further entries in the Accents in Movies series, in which we’ll further explore the methods Tim Monich employs to help some of Hollywood’s best actors master the complexities of various dialects and accents.

Learn to Speak English: Where to Learn More