Americans have long maintained a fascination with British culture. Specifically British English and its associated bevy of wholly unique terms and phrases that have led some to define it as being more sophisticated and proper than American English, while still others find the mere sound of the accent attractive. In truth, British English is no more prestigious than the dialects which  constitute any other respective language. It only perceived as such because Americans and ESL speakers who are working towards clearer pronunciation in accent reduction training have been conditioned by television and film to associate the British accent with superior intelligence. This isn’t to say however that there isn’t still value in trying to expand your working knowledge of British phrases. You never know when they might be of use. We’re confident that once you’ve studied the following phrases you’re sure to agree that British slang is just plain “ace.”

The British equivalent for “awesome” in American English; sensational or exceptional.

Example: You can feel the rivalry as the number of the aggros around city pubs rise after their games.

The counterpart of counter-clockwise in American English.

Example: You have to spin the screw anti-clockwise to loosen it up.

Example: He went barmy after finding out that someone stole his sneakers. 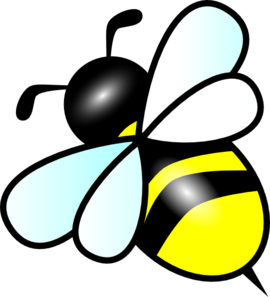 Something fabulous or fantastic.

Example: That new purse you bought is the bee’s knees!

The British counterpart of “Shut up”.

Example: Belt up or you’re out of the team.

Example: He had those fenders bespoken because he didn’t like how those stock ones look.

Example: The best of British to you on those exams coming up next week.

Bite your arm off

Used when someone is overly excited about something.

Example: Don’t tell the kids where we’re taking them to the water park next week. They’ll bite your arm off and never go to sleep.

Example: He was so bladdered, we had to carry him out of the car and into the house.

Another term that means awesome.

Example: That party was so blinding, I never wanted it to end.

Someone who is narrow-minded.

Your foreign or regional American accent may cause communication difficulties.  These difficulties often have negative effects on job performance, work and school recognition, and advancement, as well as life’s normal activities, the latter of which may have kept you preoccupied and prevented you from considering accent reduction training as a viable option earlier in your life. Your accent may often negatively effect your self-esteem especially if you are having difficulty being understood.  People may not understand you because of your accent and they may avoid socializing with you as a result.  You may feel fear, anger, and embarrassment from having to repeat yourself frequently or being asked to “speak slower.”

Take the steps to turn your life around.  Our proven accent reduction training techniques help you get rid of your accent or reduce your foreign or American regional accent and will make you feel better about yourself.  You will develop more self-confidence in your communication skills when your peers and co-workers understand what you say the first time.  You will improve your English pronunciation and sound American by mastering intonation patterns while speaking.  Research results indicate that clients typically reduce their accent by 50% or more within twelve sessions.