The final installment in this edition of our commonly mispronounced words series leads off with “ask.” At face value, this one syllable word may seem overly simplistic and not worthy of much attention as you refine your pronunciation skills in American accent training. However a closer look reveals “ask” to be a word whose mispronunciation –“ax– is stereotypically associated with the uneducated and lower class.

NPR reports that the pronunciation of “ask” as “ax” has also come to epitomize the divide between standard American English as stressed by educators and African American Vernacular English (AAVE), as defined by linguists. New York City schools chancellor Dr. Richard R. Green, an African American, believes the use of “ax” by students should not be tolerated under any circumstances, while Gerrard McClendon, author of Ax or Ask? The American Guide to Better English, is of the opinion that it is incumbent upon the speaker to “code switch” their speech-change their chosen dialect and verbiage-to match the formality of the speaking scenario and their intended audience.

Neither viewpoint is definitively right or wrong, which leads to an important point to be aware of regarding American accent training and the pronunciation of “ask” and similar words: Try to avoid thinking as through there is only one “correct” way to pronounce specific words in the English language. Particularly those which you have heard pronounced differently by native speakers of American English with a distinctive accent or dialect.

This mispronunciation has existed for hundreds of years. Linguistics explained this common pronunciation error as something that has to do with consonant cluster reduction and metathesis.

A consonant cluster reduction occurs when a word is pronounced as having two (or more) consecutive consonants and at least one of the consonants is dropped. Pronouncing “ax” instead of “ask” is a prime example of this because it’s a word with two consonants, which prompts some people to pronounce it as if it has only one consonant. Metathesis occurs when people switch the order of consonants. “Ask” to “aks” is a metathesis since the “s” and the “k” are switched to say “aks.”

To say it correctly: Be wary of the two consecutive consonants and pronounce the word slowly to hear the “k” sound.

Cavalry, which means troops mounted on horseback, is tricky to enunciate. So, not surprisingly, even native English speakers often blur the word into calvary. However, Calvary is already a word – 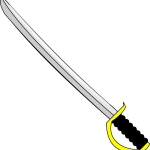 designating the hill outside Jerusalem where Jesus was crucified. Prevent a potentially awkward conversation by pronouncing each syllable in the word slowly.

It’s quite easy to drop the letter A when you’re saying the word “liable”, but when you do, you’re actually saying “lie-bull,” which is how you enunciate the legal term: libel. With regards to the law, it’s wise to be distinct. You say “li-a-ble” when you imply legally responsibility for a specific action. You say “lie-bull” when referring to a case of written defamation.

To say correctly: Both vowels after the letter L must be enunciated.

Get started with Accent Pros free accent reduction screening! The screening will rate your accent severity using a 7 point scale: 1 being the most heavy and 7 being very mild. If you’re inclined to take it a step further, check out a comparison of the programs we have to offer. Accent Pros has an office starter program and an online starter program. Both programs have had all clients get a 50% of more accent reduction after 12 sessions-check it out!