The incentive to learn how to speak English language can come from anywhere. Most often people are motivated by the prospect of career advancement into learning a new language, while others merely enjoy the process inherent in learning new languages, their hope being that the new language they’re currently learning will eventually benefit them down the line in some fashion.

Sometimes, however, the answer as to why a person wants to learn a new language or expand their vocabulary within their native language doesn’t need to be that sophisticated. With the gradual rise in the use of video streaming websites like Netflix, Amazon and Hulu, users now have access to a wider variety of TV shows, movies, and comedy specials than ever before. While the wide range of content speaks to the main appeal of such websites, the daunting magnitude of available content leaves users feeling intimidated and unsure of what to watch first.

Therefore they will likely watch whatever shows and/or movies happen to be popular at the moment, regardless if it is outside of their usual comfort zone. As such there are a great number of people who are watching popular British shows from the past and present such as Sherlock, Fawlty Towers, and Doctor Who, enjoying each one. Yet this experience is marred somewhat by the fact that some of the phrases used in these shows are distinctly British and have no counterpart in American English, or whatever the viewer’s native language happens to be.

It’s in these situations where an article such as this, featuring a dozen unique British phrases, can really be helpful. 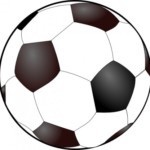 Means to play some soccer.

Example: I take time to play some footy with my friends every afternoon.

Give a bunch of fives

Means to punch someone.

Example: I’ll give him a bunch of fives if he doesn’t stop annoying my sister.

A job that went wrong.

Example: He did a right bodge job with it, seeing how it just feel apart a mere few minutes after he built it.

Something that’s not good or great.

Example: If there’s nothing else we can do about the cable going out, that’s pants.

Example: I’m completely knackered after spending a couple of days babysitting the kids across the street.

Get your knickers in a twist

To get aggravated, annoyed or angry.

Example: Don’t get your knickers in a twist, you begged for this job so you have to do it. 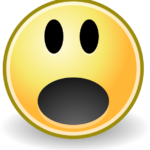 Shocked or lost for words.

Talking nineteen to the dozen

Example: The news got her so exhilarated, that she started talking nineteen to the dozen.

Example: Everything has gone pear shaped since Sarah took over the job.

A picnic short of a sandwich

Not very smart or clever.

Example: Who would entrust a job this important to someone who’s a picnic short of a sandwich?

As bright as a button

Example: She deserved the post, she’s as bright as a button.

Mad as a box of frogs

Mad, crazy, or someone who has lost it.

Example: The old hermit has been mad as a box of frogs since he lost his wife.