Accentpros hopes that that our new series focusing on British slang and terminology has given you a deeper appreciation for British English and also made you aware of the ways in which slang terms and phrases have influenced the development of your own speech patterns. The acquisition of slang terms into your vocabulary is inevitable as you learn to speak English with a neutral accent.

As a business professional you may find that your everyday vocabulary is limited strictly to your career field, and that this combined with a jam packed work schedule doesn’t allow you to socialize with those who may use casual slang terms more often. Therefore it is imperative that you try to seek out new slang terms whenever possible. This can be accomplished a variety of ways.

For example, challenge yourself by acquiring your news from an unfamiliar source such as Facebook or Twitter once a week. Take note of what topics are tending and how users manipulate the English language to express themselves within the limitations of the medium trough the use of hashtags and abbreviated words

Before you do this however, study the following 12 common British phrases.

Example: The young actress was absolutely gutted when they told her that she didn’t do well on the auditions.

Example: Mac ran into a little bit of hard lines when he left the country.

Sick or throwing up.

Example: My grandfather was honking by the time they ended that 3-day cruise.

Another way of saying “to each his own”.

Example: That’s not the way I would have done it, but horses for courses.

The flu or any similar illness.

Example: Helen came down with the lurgy, so steer clear of her if you don’t want to start missing your classes as well.

Example: Stephanie is a bit of a mug, you can sell her just about anything.

Someone grumpy or in a bad mood.

Example: Trent failed to enough sleep last night, so expect him to be in a nark.

Example: Margarey has gone off her trolley since her husband left her. 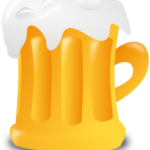 Example: Norman had to organize a piss up at the corner bar after that huge loss.

Example: I could tell the psychiatrist was telling porkies because of the way she stumbled around with her words.

Example: Sampson  had to do porridge after being implicated as the mastermind behind a string of bank robberies.

Put an end to something.

Example: The cricket match had to be put paid to as the rain started to fall.

This article series focuses on British slang terms and phrases you can use in everyday conversation as you learn to speak English. If you’ve reached the end of the article and are surprised to find that you knew only a few of the featured phrases, or none at all,  don’t worry! There are a plethora  of British slang terms that at first glance sound pretentious, odd and old fashioned , with no equivalents in modern day American English. However in order to learn to speak English like a native, one must understand and remain open minded to the ways in which regional dialects, tradition, and social media contribute to the development of one’s vocabulary. Keeping up with the ever evolving state of the English language has never been more important. Be sure to check out posts from our popular idioms series and stand alone topics. Are you ready for a complimentary accent reduction tutorial or a free foreign accent screening? Our on-line accent reduction courses are available to students with accent reduction goals all over the world. For consistent access to posts in our commonly mispronounced word series and other accent reduction tips, please Like us on Facebook or Follow us on Twitter.