Today’s commonly mispronounced words entry begins with “library”, a word that is difficult for many in accent reduction training to pronounce correctly. Primarily due to the presence of two consonants in the second syllable. As you’ll see below, one of the consonants often gets dropped during the process of enunciating the word, which can lead to a potentially embarrassing misunderstanding with your listener. Particularly if your listener happens to be a librarian!

While studying the word list below, think about not only which words you mispronounce on a regular basis, but any parallels that can be drawn between them. Such as  how you may clip the vowel sounds at the beginning of certain words in order to achieve a dialect that is inconsistent with how you normally speak.

When native English speakers are faced with a word that features two identical consonants in close proximity of one another, one almost always gets dropped. Although this makes the word easier to pronounce for both native English speakers and those in accent reduction training, it has the potential to confuse your listener. It also increases the chance  you will get tongue tied and mispronounce a word later on in the sentence.

To avoid missing the first ‘r’ sound practice saying the word per syllable first. Add a significant amount of space between the ‘b’ and the ‘r’ at the beginning of the second half of the word to emphasize the difference between the two syllables. Once you have gotten used to saying the ‘r’ in the middle of the word,  you can slowly increase your pronunciation speed until you are saying it normally

This word could also be classified as another  mispronunciation caused by the presence of two identical consonants in the same word–(r)-. Your accent reduction coach however, will point out another issue.  Namely, “prescription” and its common mispronunciation “perscription”, have similar prefixes. Approach a word of this nature or any unknown words in the English language by breaking them down unto their various syllables, Think about how you get the prescription ‘before’ you get the medicine.

This mispronunciation  by those in accent reduction training stems from confused prefixes, with  the prefix pre taking place of the prefix per- in the mispronounced form of the word.

The mispronounced form of this word is likely to are looking at their computer screens doing a double take.  After all, wasn’t there an Academy Award winning film released just last year with this word as its title? Not quite. The title of that film, Revenant, is a reference to the main character, who survives a nearly fatal bear attack and slowly regains some semblance of health before attempting to seek out and exact revenge on those who left him for dead earlier in the film. The word “revenant” is derived from the Latin word reveniens, which means  “returning.” Conversely “revelant” is not a word at all. Merely an example of m metathesis in language, the subtle movement of letters within a word. This results in a unique and often incorrect pronunciation of a given word.

When you are considering how to pronounce suite, you should think about the general term “sweets” used to refer to candy, ice cream, cake, and other forms of dessert. Combine the long u in the first syllable of the word with the long i to complete your pronunciation of this word during practice sessions utilzing various learned accent reduction techniques.

It is perfectly understandable why some would mispronounce this word as “suit” given how we’ve discussed the prevalence of silent letters in English words in previous entries, but here the long i sound is what truly distinguishes it from a word such as “suit” 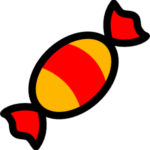 (often mispronounced as take for granite)

Granite is a rock. Therefore unless you are trying to say that you mistook something for a crystalline substance, you should say ‘granted’ . One of the keys to saying this phrase correctly is pronouncing the -ted syllable at the end of ‘granted’ clearly and distinctly. This gives your listener a fair opportunity to pick up on the ending of the phrase.