Many of our clients at Accent Pros, who come in for accent reduction sessions, have advanced degrees and have excellent command of the English language. Given the evolving state of the English language; however, they may mispronounce informal slang and phrases that are regularly used in the workplace, and on various popular social media platforms such as Facebook and Twitter.

Occasionally our accent reduction clients will understand the meaning of a given word or phrase but mispronounce it and/or use it in an improper context. This could potentially have embarrassing consequences. In our continuing efforts to feature only the most relevant and practical terms when helping you on your accent reduction goals, here is a list of some commonly mispronounced words and phrases that have become standard shorthand in the workplace.

Unlike the majority of the words featured on this list, your accent reduction coach will not consider a verbal error of this nature a true mispronunciation. More of an inappropriate remark that has a chance to be misconstrued as discriminatory in today’s politically correct society. Therefore while it is true that Alzheimer’s disease primarily affects the elderly, calling it old-timer’s disease is a negative association that could offend those who have a loved one  currently afflicted with disease.

The disease is named after neuropathologist Alois Alzheimer, who in 1901 met a patient named Auguste Deter. Deter was suffering from a variety of symptoms which we now characterize as being common to Alzheimer’s disesease.

Deter was held at the Frankfurt asylum until her death on April 8th, 1906. Alzheimer subsequently had Deter’s brain shipped to Frankfurt, where he worked with a team of researchers to  study the plaques and  Neurofibrillary Tangles that serve to collectively deteroriate a brain with Alzheimers. Get in the habit of pronouncing Alzheimer’s correctly by combining the z and h together in a quick, explosive sound that is similar to “za,” and then adding the final syllable -heimer’s 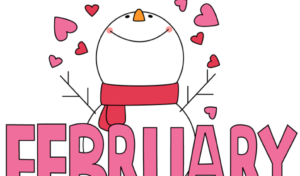 As we’ve discussed in previous articles in this series, lots of people, regardless of the stage they find themselves in with their accent reduction program, find it hard to pronounce a consonant immediately succeeding another consonant. This same habit is seen in the speaking habits of native English speakers, which is why the ‘r’ is often disregarded.

If this word is proving  to be a challenge for you, try saying the word per syllable first, then start blending the consonants together and saying the word faster as you get used to saying the ‘r’ leading off the .

Although the two-syllable version of this word may sometimes be acceptable when speaking rapidly, using this pronunciation consistently could leave the impression that you are unaware of the proper pronunciation of the word. The word has three distinct syllables, the most important being the middle “er.” Break the word down according to syllable and make a concentrated effort elongate the aforementioned er syllable. Work on pronouncing this sound in isolation before saying the word in its entirety at normal speed.

If you notice you have a tendency to shorten 3 syllable words into 2 and 2 syllable words into one, you may want to discuss with your accent reduction coach the situations in which these mispronunciations occur. There is a chance that stress and anxiety could be causing you to lapse back into your natural speaking habits when faced with an uncomfortable situation.

Again, another mispronunciation that occurs regularly due to two consonants being placed together. Resist the urge to add a vowel in between those consonants. Instead, concentrate on saying ‘fill’, then add a long ‘m’ sound. 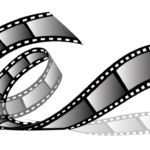