When trying to learn American English, one possible stumbling block is the pronunciation style of American English itself. The style focused on in accent reduction training is meant to achieve a standard American English accent. By contrast, the native English speakers you interact with on a business level and socially are more apt to use slang and dialect terms in their speech that you are unfamiliar with. They may also unknowingly pronounce certain words incorrectly. However they pronounce the word so often this way that you  are led to believe their pronunciation is correct. As such you begin to incorporate this pronunciation of the word into your everyday vocabulary being none the wiser.

As you begin to focus intently on trying to learn American English, you’ll quickly identify words such as “fiscal” that aren’t mispronounced so much as misinterpreted. This leads the speaker to substitute in a similar sounding -yet completely different-word that  changes the context of the surrounding sentence.

For instance, “The company requested that I talk to the doctor about scheduling my yearly fisical soon.”

The moment you see that it starts with an ‘f’, then remember that it only has two syllables, and there’s no extra ‘i’ in between.

(often mispronounced as for all intensive purposes)

This phrase is frequently encountered in legal documents or in formal writing. It serves to  distill the information that proceeded it into a phrase that gets to the essence of what something actually is. In spite of its usefulness to those who are trying to learn American English, ESL speakers are reluctant to use this phrase due to it potentially being mispronounced as, “for all intensive purposes.” It makes sense why the word would be mispronounced this way. When said quickly within this phrase the word “intents” sounds like “intensive.” In order to avoid confusing these words in the future, remember that “intents” has two audible t sounds in the second syllable. 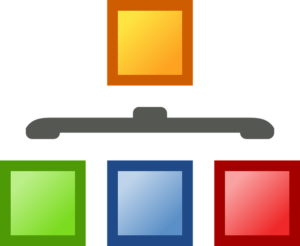 This word has two syllables, as does the  frequently mispronounced version of this word. However the area that is most concerning for those working to learn American English and pronounce this word with a neutral accent is the er sound, given it is frequently omitted. When you go to pronounce this word, accentuate the er sound at the beginning of the second syllable, gradually working your way towards pronouncing the word at regular speed. Finally, include it in a sentence.

The opposite of regular as irregular, but regardless already has a negative suffix, so there’s no need to add a prefix.

Although both may sound alike to someone in the midst of having to learn American English, ‘liable’ and ‘libel’ are completely different words. If you mean any act of defamation, then that’s libel. If you mean something that is likely or someone who is legally responsible, then that’s liable.

How you feel this word should be pronounced may simply come down to where you live and the influence of the surrounding dialects on your ability to interpret and learn American English. In the southern half of the United States for example, the natural drawl of the southern accent causes this the second vowel to be pronounced as a long u rather than a long e. Familiarize yourself with the proper pronunciation by dividing the word into its two proper syllables. Stretch the long e sound, combining it with the “ar” ending.

Learn American English – Where to Start

To understand English grammar concepts in the most efficient way possible, one should first consider practicing through the repetition of grammatically correct sentences. This is, after all, the way children first learn to speak – they listen to their parents and mimic what they say, then they learn to read and write.

Once you begin to learn American English and feel comfortable with its natural rhythm, you will want to become familiar with the basics of grammar. These basics include not only knowing what subjects, verbs, predicated, and articles are, but also knowing when and where to use each of them when speaking. If you feel like you have the basics of American English down, but you still have a foreign accent while speaking, you have the option of seeing an accent reduction specialist. He or she will provide you with all the necessary tools you would need to improve your pronunciation and bring you one one step closer to speaking American English with a standard American accent.