How to Speak English: Olympic Languages

How to Speak English: Olympic Languages


The 2016 summer Olympics in Rio de Janerio were plagued by controversy seemingly from the minute Brazil was selected as the host country for these games on October 2, 2009.  Most of the controversy centered around the fact the Olympic  athletes risked potential exposure to the Zika virus just by traveling to Rio. The idea that the Olympics could  serve as a  showcase for how language barriers can be transcended  through the spirit of  competition was the furthest thing from the national public’s mind.

In fact, aside from those who are working to learn how to speak English with a reduced accent, many people in America and elsewhere don’t stop to consider the struggles that those people learning a second language deal with every day.  Furthermore, whether a multilingual event such has the summer Olympics has enough alternate signage and translators available to make all of the athletes feel comfortable speaking in their native tongue in less than ideal circumstances.

However for  people like Michaelle Jean, International Organization of la Francophonie’s (IOF) secretary general, ensuring French is adequately represented at both the winter and summer Olympics is of primary concern.

“The Great Witness” Becomes an Advocate for French

Chapter 2 Section 23 of the Olympic Charter states that the official languages of the International Olympic Committee are English and French. Simultaneous interpretations are also made in every session. These interpretations are provided in English, French, Spanish, German, Russian and Arabic. 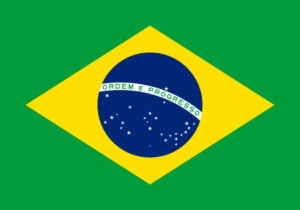 It is this chapter and the evident lack of its enforcement in recent Olympics that pushed the IOF to assign a le Grand Témoin (the Great Witness) to every Olympics since the summer games in Athens, 2004. The Great Witness in Rio was jazz saxophonist Manu Dibango, who hailed from Cameroon. The Great Witness has numerous responsibilities at each respective Olympic games, including monitoring the usage of French through visible signage–as mentioned above–and other methods. They then are required to produce an all inclusive, thorough report on their findings, which is eventually submitted to the IOF for review.

Those working to learn how to speak English with a reduced accent may be wondering  why French was declared as an official language of the Olympic games.

After all, if you based this distinction on the number of people  using a given language, then Chinese would win hands down, with 1.39 billion people using the language compered to English (527 million speakers) or French (118 million).

For the answer to this  question, you need look no father than the fact that  the founder of modern Olympics, Pierre de Coubertin was  a Frenchman. Coubertin was given the power to choose the official language of the games. Naturally Coubertin choose his native tongue. As the 20th century  progressed, English quickly became the preeminent language of the period. The use of French at the games declined to the point where English and French are now considered co-official languages.

If you are trying to learn how to speak English in accent reduction classes , remember to act as le Grand Témoin of your accent, noting any changes in the prominence of your accent and whether your accent becomes more noticeable to others in specific situations. Such as when you are fatigued or stressed. Constantly be on alert for new vocabulary words while working to incorporate learned accent reduction techniques into your speech on a daily basis. Not just when you are in session with an accent coach.