English accent training can be used by native Spanish to refine their pronunciation skills, but they will quickly realize that English has a rhythm of its own. It is natural to  look for parallels between English and Spanish in terms of sentence structure, grammar, and pronunciation and attempt to bring the rules that govern one language into another. Unfortunately this leads to pronunciation errors that manifest themselves in subtle, yet noticeable ways. Read through the words below and take notice of the common ways in which they  are mispronounced by Spanish speakers.

Example: Francine already knew most of the lessons taught in school today.

Spanish speakers have the tendency to add an ‘e’ before words that begin with “s.” Therefore in in a word such as “school” they end up saying ‘eschool’ instead of the single-syllable word ‘school’. 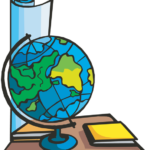 Be conscious about this. Once you see that a word starts with an ‘s’, pause for a second, remind yourself to avoid adding the “e” before transitioning into the hard “s” sound at the beginning of the word in question.

Example: The ship was ready to sail when the captain suddenly had a heart attack.

Spanish speakers tend to stretch their vowel sounds. Words like “ship”, featuring a short “i” sound in the middle, end up being elongated to the point where the word is pronounced like ‘sheep’. To say the short ‘i’ sound properly, make sure your lips are relaxed and place your tongue near the front of the roof of your mouth. Pronounce the vowel with a short burst of air.

Example:  He meant it as a joke, but his girlfriend  took it seriously.

Native Spanish who are in the beginning stages of English Accent Training have a tendency to pronounce the English “j” as a “w” Why? Mainly because this is how it is pronounced phonetically in Spanish names and places such as Juan and Juarez respectively. It is important to become more familiar with the sound of the English “j”’. Blend the hard initial consonant in this word with the long o sound repeatedly before attempting to say the complete word in isolation. Finally, work on using it in a sentence, as in the above example.

Example: She turned and gave the camera an open mouth smile showcasing her dazzlingly white teeth.

The ‘th’ ending in this word can be a challenge to those in English accent training because it does not appear as often in the Spanish language as it does in English. Known as a soft “th” sound, practice this sound by putting your tongue between your teeth and push air through to create an emphatic hissing sound, This in turn will enable you to connect  it with the long e in the word’s first syllable.

Example: She should focus more on her studies if she wants to graduate this year.

Once again, the long  vowel sound in the first syllable of this word may seem daunting at first glance. Through careful application of English accent training techniques however,  you can strengthen the muscle memory related to the pronunciation of this sound. Repeat the expression ‘Oh!’ a set number of times.  Add the initial hard ‘f’ after a few attempts, eventually combing the two sounds. Once you have become comfortable with this sound, add in the final syllable, which begins with a hard “c “.