Our series focusing on commonly mispronounced words by Spanish speakers concludes with words such as “eyes” and “not.” If you find that you’re having trouble with the latter word, be sure to ask your accent coach to prioritize the pronunciation of words with short vowel sounds in your English accent training sessions. While Spanish does not differentiate between vowel sounds there are a number of short vowel sounds in English that are similar in nature. Even a slight mispronunciation can change the intended meaning of your message entirely.

She rolled her eyes when she heard him telling the same lie.

The long ‘i’ sound at the beginning of this word can be confusing to native Spanish speakers in English accent training. It appears as though the word should begin with a long “e.” As in the word “equality”. However the presence of the y following the e necessitates this word is pronounced with a long “i” sound. Ironically the sound is nearly identical to how the word “eyes” itself is pronounced. This allows for it to be easily blended with the “s” at the end of the word, pronounced as a “z” sound.

The student had to ask the teacher a few times before she was heard.

The word “ask” is frequently mispronounced not only for native Spanish speakers, but also native English speakers as well. Yet to label it simply a mispronunciation is inaccurate. According to Jesse Sheidlower, the president of the American Dialect Society, “ax” was used as early as the eighth century and was featured in the first English translation of the bible. The term is seen as being the epitome of the stereotypical New York accent and  African American Vernacular English (AAVE). Users of both dialects know the importance of code switching depending on their audience. This is a skill that can also be taught and utilized by native Spanish speakers in English accent training. Code switching refers to the process of switching between languages or dialects depending on what is required in a given situation.

To pronounce “ask”, start out with the ‘as’, prolonging the a sound if needed. Follow it up with a ‘k’, which is pronounced like a hard “c” sound. Eventually you will become accustomed to the positioning of your tongue and lips when pronouncing this word and  how the ‘s’ sound that follows the initial ‘ah’, and not the ‘k’.

Do not disturb the baby while she is sleeping.

Spanish does not feature short and long vowels like English does. Consequently when faced with a word such as “not” with a short vowel, native Spanish speakers stretch it so that it sounds like “nought” As you work on pronouncing this word in English accent training, time yourself and make sure you are able to completely say the word in half a second or less. This will prompt you to end the word quickly using a shorter vowel sound.

It’s too late for breakfast, so we’re having brunch instead. 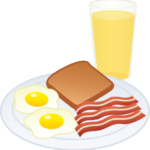 The Spanish language rarely features consonant sounds occurring back to back within the same word.  You’ll discover in English accent training that this is in stark contrast to English, where it happens quite  often. Native Spanish speakers may end up saying ‘brefas’ instead of the whole word, omitting the k and final t. Practice this word by splitting it into separate syllables – ‘break’ and ‘fast’. Make sure the first part is pronounced as ‘brek’ before attempting to pronounce the complete word.

The cat tried to jump through the open window.

If you frequently get this word confused with “cut” you’re not alone. Through consistent practice and one on one sessions with your accent coach in English accent training, you’ll be able to notice the subtle difference between the short vowel sounds in these and other similar sounding word pairings. The key to pronouncing “cat” properly lies in opening the mouth wide enough to blend the 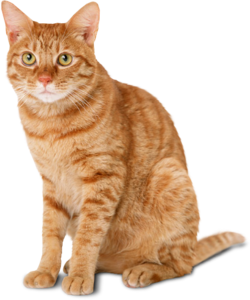 hard c and the short a. Stretch the vowel for emphasis the first few times you attempt to say the word. Once you have a feeling for how the word is pronounced independently, use it is a sentence such as the one above.