The vast majority of clients we work with say the area they are least confident speaking in is the workplace. Many find it hard to communicate with their colleagues, or they are uncomfortable when their colleagues ask them about their accent (Where are you from? You don’t sound like you’re from around here, etc.). Other times, the accent is an obstacle when it comes to climbing the corporate ladder. One way to alleviate this apprehension is to practice learning the American accent. Here is a series of words that begins with the letter c.

Learning the American accent can be especially challenging when faced with a word that has similar sounds as another word in your vocabulary. This could lead you to pronounce “capris” like “caprese.”As in caprese salad, adding an extra vowel at the end of the word.

However this is one example of an English word that is pronounced in a similar fashion to how it is spelled. Pronounce the “s” at the end of the word like a “z”

In the early 2000’s Twix–a candy bar consisting of caramel and chocolate poured onto  a cookie wafer in alternating layers– ran a series of radio commercials poking fun at the two ways in which English speakers pronounce “caramel”. Although this remains a point of contention among grammarians , either pronunciation explained here is acceptable for social purposes. In the first pronunciation, the first syllable is pronounced as “car” while the second syllable, a, is ignored and the word ends with -mel. It is pronounced like the -mill ending in “windmill”.

In regards to the other pronunciation, most frequently seen in British English, the a  in “car” is enunciated like a short vowel. As seen in the word “careful.”

The “a”  in the second syllable is clearly enunciated. It acts as a long vowel, followed by the -mel ending. To repeat. both pronunciations are technically correct. However since your focus is  on learning the American accent, it is best to avoid saying the short a sound.

Frequently mispronounced as /chow-vi-ni-zum/, this is a word that even native speakers have trouble with. Those learning the American accent should focus on the first syllable It should be pronounced /show/ as opposed to /chow/

Similar to the word capris, this is a word that would appear to invite a straightforward pronunciation,  although, as those who are learning the American accent know all too well, one must always be vigilant for silent vowels,. Particularly those that appear at the end of a word. In keeping with this principle, the “a” in “cocoa” is silent.

The presence of a “u” in the first syllable may lead you to believe this word is pronounced /koo-pun/. Always remember that it  does not rhyme with the word “sun”. By the same token,  it would be improper to suggest there is a singular, preferred way to pronounce this word. Similar to many words you’ll encounter along the way to learning the American accent , your pronunciation of the word  “coupon” will be greatly influenced by whichever pronunciation you’ve had the most exposure to.

According to this survey, 57 percent of the participants surveyed pronounced the word /cue-pon/,  with the majority of this group hailing from the Midwest, Northwest, and South. By contrast, residents of states on the eastern side of the U.S. tend to pronounce the word /coo-pon/ 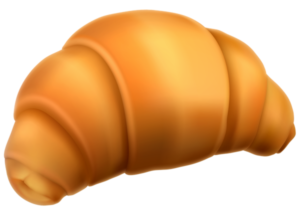 While it is true that /kwah-sahn/ or /kwah-sawn/ are also acceptable pronunciations  as this word does have European roots. However, since you are learning the American accent, it is only proper to stick to the American pronunciation, which is /kruh-sahnt/.