Have you seen or heard words that you feel are difficult for you to pronounce while learning the American accent? Chances are, even native English speakers are having trouble pronouncing  these words correctly on a consistent basis. Though they are unlikely to admit it. For example, when it comes to words such as “Porsche”, they may not even know their pronunciation of the word is wrong, as evidenced by how the pronunciation /porsh/ has become so widespread it’s is just accepted as fact by the percentage of the American population that is not car enthusiasts.

It is possible to improve your accent to a certain degree by paying closer attention to the pronunciation habits of others. However this must be supplemented by a clear understanding of how difficult words are spelled.

Parmesan cheese, also known as Parmigiano- Reggian,  is named after Parma, Italy where the cheese was first produced over 8,000 years ago. Authentic  Parmigiano-Reggiano from Italy is differentiated from American Parmesan cheeses in a variety of ways aside from the name itself. For one thing, the cheeses from Italy have a specific pattern printed on the the rind of the cheese, an indicator of quality equivalent to the watermark on a US dollar bill.

This allows consumers to know at a glance that the product they are buying is the genuine  article.  Italian Parmesan cheeses are aged at least 2 years before they are sold to the public. Most land in the 3-4 year range. This is a stark contrast from American Parmesans, which are only aged 10 months at minimum. If you are in the midst of learning the American accent, this word is likely to cause some consternation given that a person’s dialect can cause them to pronounce it multiple ways. Many people end up saying the last syllable as /-zjan/ or /-shawn/. In reality, the word ends with /zahn/.

Pizza is one of the most popular American foods, yet you’d be surprised how often the word is mispronounced by native English speakers and ESL speakers learning the American accent. Alhough 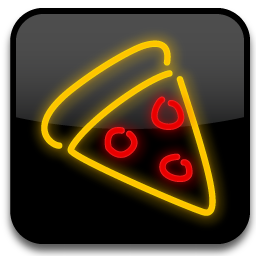 there’s no visible “t”, which would embolden you to pronounce the word as /pi-za/, elongating the z sound. The i sound is treated like a long e. Connect it with a t sound. Finally, connect the aforementioned sounds with the -zza portion of the word in one fell swoop.

The ability to identify silent letters in words– and when it is appropriate to ignore them during your pronunciation–is one of the last things people learning the American accent pick up on. Often the way  in which a particular word is spelled is  different from how it is pronounced, due to the presence of silent letters. This word should  be pronounced /pluhm-er/ rather than /pluhm-ber/.

You can expedite the process of learning the America accent  by focusing first on the words you consistently mispronounce on a daily basis, along with difficult words you are most likely to use in a formal speaking situation. In regards to the word “police,” a pronunciation error is likely to be more noticeable to your audience. You may hear a lot of people saying /poo-leece/, but the first syllable should actually be pronounced as /puh-/ and not /poo-/.

Porsche refers to both the German car manufacturer as well as its namesake line of vehicles. The word has  been a part of the American lexicon for years, functioning as a symbol of high class status and prestige. Still the pronunciation of the word has been Americanized to /porsh/. At some point during this transition period, the final sound in the word ended up being blended with the first, as opposed to the correct pronunciation, which sounds like two seperate syllabes even though there is only one.  As someone learning the American accent, you can stand out from your peers by saying the word properly.  Remember to end the word with /-uh/ in the end by separating the two sounds into individual chuunks, sounding them out, and then combining them into one.