If one devotes the time and energy into constructing a frequently mispronounced words hall of fame for those people learning the American accent, the words “mayonnaise” and “crayon” would loom large. They might have not been the precise reason such a shrine was erected per se, but they are certain hall of fame mispronounced words. Guaranteed to be elected on the first ballot. Why? For one thing the mispronounced forms of these words are so pervasive across the English language one could possibly argue that any differences in the pronunciation of these words can be attributed to regional dialects rather than outright mispronunciations.

For another, although “mayonnaise” remains the standard spelling of this word, there are four other alternate spellings. These include the French spelling “mahonnaise” and “mayonaise,” a spelling immortalized as a song title by The Smashing Pumpkins.

As confusing as all this may seem, the correct pronunciations of “mayonnaise” and “crayon” are linked by the pronunciation of a long “a” and “o” sound in quick succession of one another.

You have masons, and you have missionaries. However  don’t try to combine the two words in the process of trying to learn the American accent, and when pronouncing this word  specifically. 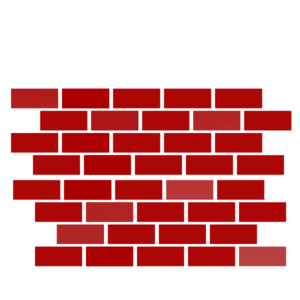 While discussing the craft that masons are known for–bricklaying–you may feel a temptation to expand the associated word “masonry” to four syllables. Instead, stop at “mason” and go straight into the suffix.

Mayonnaise is a condiment dressing constituted of egg yolks, oil, and lemon juice (or vinegar), giving sandwiches, salads and other dishes a sweet yet tangy taste. Considering how common the condiment is, it’s surprising that the  word itself is mispronounced at such a high rate. Both amongst native English speakers and those people  who are learning the American accent and its plethora of nuances for the first time.

Fortunately a clue to the word’s proper pronunciation can be found  in its common shortened form “mayo”. “Mayo” of course is short for “mayonnaise”, a word featuring three pronounced syllables and a long a sound in the first syllable followed up almost immediately with a long o sound. The latter sound should always be clearly audible in your pronunciation provided you are saying the word correctly. Any mispronunciations of this word, such as “mannaise”, can be easily identified due to a missing o sound.

Meteorology deals with the atmosphere and everything that happens in and around it, including earth’s climate and weather. Contrary to what you may think when viewing the word at first blush, it’s not the branch of science that concerns itself with the study of meteorites , but the pronunciation of the aforementioned word’s first half can nonetheless inform your pronunciation of “meteorology”. To pronounce this word, blend the first half of “meteorites” with the -ology suffix, clearly enunciating the second long “e” found in this word along with the first.