Do Students have More Difficulty Learning from a Teacher with a Foreign Accent?

Do Students have More Difficulty Learning from a Teacher with a Foreign Accent? 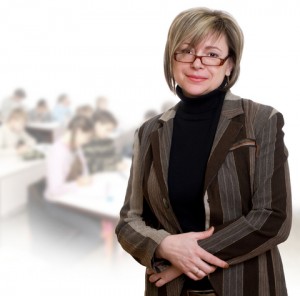 Learning to speak a different language or accent is bound to be a difficult task from the start. It is such a challenge because individuals are naturally accustomed to the sounds and language they learned as children.

If you are a foreign speaker who decides to learn English from someone who speaks the same native tongue as you, particular sounds and rhythms of the native tongue will most likely be carried into the new language. Although you may be receiving the information required to be able to communicate with native English speakers, you will still lack the true sound of a native English speaker. The variations in accents derive from particular sounds existing in one language but not in another.

This may be an issue of personal preference in teaching and learning styles, and one should obviously choose to learn a new language in the way that suits him or her best. However, when it involves learning the proper, standard, American English pronunciation, it would be most beneficial to seek help from a qualified speech-language pathologist who specializes in accent reduction classes and is already a professional, native English speaker.

A study was conducted on how well students learn second languages from teachers who speak with accents similar to their own, and the results suggested students have an easier time understanding new material from a teacher with the same accent. This was primarily due to the students not having to spend time trying to understand the English in a different accent. For example, Hispanic individuals studying English would find it easier to learn from a teacher with a Spanish accent.

This may be the case when it involves learned a second language, but learning the correct pronunciation of a language would be most beneficial to learn from a native English speaker. Even though the study suggested otherwise, many people who have had to learn English as a new language have voiced their opinions. The majority of them believed learning a new language from a native speaker would be most beneficial. This way, not only would you receive the proper education in learning the new language, but you would also be hearing everything taught to you in the correct pronunciation.

If you are a professional seeking assistance on how to properly speak Standard American English to become a stronger asset to your classroom or organization.  Accent Pros offers a wide variety of language speaking tutorials in over fifty languages to help you.  Take advantage of our free accent screening to see how we can best help you achieve your classroom goals.