What is the Origin of Language?

Home/Entertainment, Foreign Accents/What is the Origin of Language?

What is the Origin of Language? 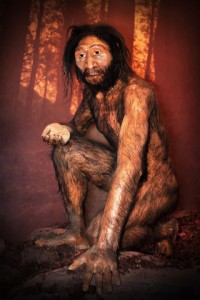 There is no universal consensus on a specific origin date language was brought into the world. Although there is evidence that suggests humans existed hundreds of thousands of years ago, there are still debates regarding the specific origin of language. There have also been a number of different theories developed regarding language origins, but the origin of the first language has been broken down into two main beliefs. These beliefs are those of divine creation and natural evolution.

The belief of divine creation suggests language was the gift of the gods to the humans, and humans were created from the start with the ability to use language. This belief has been influenced by references made to particular verses in the bible involving God speaking to others.

The belief  language was developed through natural evolution suggests throughout humans’ development overtime, they have “acquired a more sophisticated brain which made language invention and learning possible.” In other words, the vocalizations and gestures first used by our ancestors to communicate were inherited by the future generations and eventually developed into a creative and complex system of language.

Several hypotheses have been developed to portray how language may have been invented by humans. A few of these hypotheses include:

Some of these hypotheses are hard to believe due to the fact that language is so much more complex than simple noises and chants. The origin of language is still considered and will always remain mysterious, but we do know that it has developed into thousands of different forms over time, and will continue to advance in the future generations.  Of those forms, we now have many country languages of origin.  From those languages have derived accents and dialects which have grown through the ages.  As we move into a global society, our language is evolving yet again to an American English standard for Internet communications.  Please take a moment to peruse our free accent reduction tutorials in order to help you accomplish your global language goals.