Accents and Dialects in Miami, Florida

Accents and Dialects in Miami, Florida 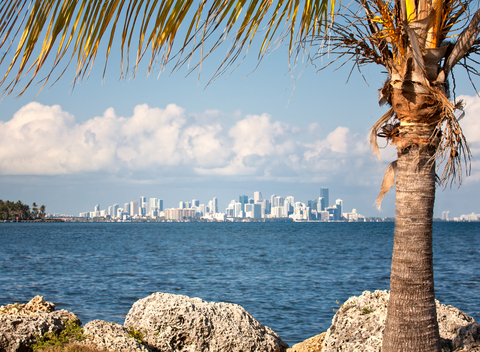 To these Miami natives, they themselves do not have an accent, but to many outsiders, they do have particular pronunciation patterns. These outsiders who hear the Miami accent sometimes say it sounds similar to a Spanish or Cuban accent, however, it is really neither of the two. According to Norene Bini, a dialogue and dialect coach in Miami, the Miami accent does exist and “it’s a cadence, a rhythm that’s superimposed on the English language that is borrowed from Spanish-speaking, even if they’re not speakers of Spanish.”

Whether these natives grew up in Spanish-speaking homes or have been surrounded by Spanish speakers their whole lives, they have developed a way of speaking that incorporates Spanish pronunciation rules with American English. For example, some Miami speakers will utilize a rolled “r” sound in place of a standard American “r” in words such as throw or truck. The differences in pronunciation all stem from differences in movement of the primary articulators (lips, tongue and teeth).

Miami Accent Similar to Spanish Cuban Accent, but Not Really

As the case is for hundreds of regions and social classes across the country, Miami speakers also use particular dialects. An individual may find slang spoken on the streets of Miami and a completely different style of speech spoken on the beach or at clubs and bars. Dialect is all involved with the speaking style and vocabulary used during everyday speech. A myriad of accent dialects are found throughout the Miami, Florida area and surrounding cities.  Some accents are barely noticeable, whereas others are almost unintelligible.

Like other regions throughout the country, Miami is one containing a particular accent and dialects from those who have resided there for quite some time. It doesn’t matter where you live or where you’re from, everyone has an accent or a particular style of speaking. The Miami accent and dialect is just one example of the many that exist. If you have a strong regional accent or dialect and you would like to learn to reduce your accent, try out our free accent reduction tutorials today in over fifty languages, or contact us to speak with an accent reduction specialist to help you meet your own speech goals.