Types of Accents and Dialects Heard in NYC

Types of Accents and Dialects Heard in NYC

Speech in “The Big Apple” 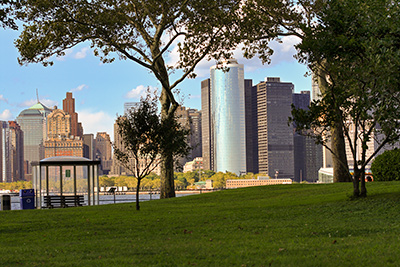 The New York City accent is one of the most polarizing regional accents found in the United States. Some people believe the accent to be an extension of the speaker”s presumed “tough” personality, a stereotypical trait that has been broadly applied to all New Yorkers by non natives.

Although the New York accent is often ridiculed as being a lazy form of speech, many natives are reluctant to seek accent reduction training in New York City because they view the accent as an integral part of their identity.

A common misconception is that there are clear New York accent variations amongst its five boroughs. While these variations do exist, they correlate to different ethnic groups living in New York rather than notable pronunciation differences. Early immigrants to settle in New York, including the Dutch, Irish, Italian, and European Jews all influenced the general New York accent. The contributions of a specific group can be seen in the isolated pronunciation of certain phrases, such as the Italian and Yiddish pronunciation of Long Island as “lung guylin”, dropping the long o sound and “d” at the end of “island”.

As documented by Robert Hendrickson in New Yawk Tawk: A Dictionary of New York City Expression, the tendency of New Yorkers to pronounce the “th” sound as a hard d comes from the Dutch. Greek was the only language among those that immigrated to the U.S. that featured the “th” sound, thus other sections of the population had difficulty pronouncing this sound and eventually dropped it from their speech. The Italian dialect has a singsong quality, while conversely the Irish dialect has an underlying harshness and rapidity.

A difficult transition into the corporate world

Corporate professionals and actors from New York seek accent reduction training to enhance their credibility and expand their list of potential employment opportunities. The duration of NYC accent reduction therapy varies depending on the individual but can range from months to years.  Instructors focus on breathing exercises and training the tongue to pronounce back vowels, as well as working with clients to articulate swallowed vowels.

Is the New York Accent Dying?

The New York accent is starting to wane–though it is still present in isolated areas with a high density population of older white adults, including Staten Island and Besonhurst–due to influx of people from out of state, marginalizing the New York accent.