Those who are attempting to learn to speak English with a modified, neutral accent are often reluctant to actively transfer the skills they learn in a clinical setting to everyday conversation. They are afraid that the changes they are implementing are so significant their friends and family will notice and begin to ask them uncomfortable questions. As always, the key remains getting your listener to focus on the content of your message rather than how you are saying it, a hurdle that can be much more easily cleared if you are upfront with your listener that you are working to modify your speech, and therefore you may overemphasize syllables at the beginning of words some words such as the “th” at the beginning of “three” for example
You can also reduce your stress levels while you learn to speak English by injecting a few of the following British phrases into your vocabulary. They can serve as a great conversation starter about the numerous subtle differences between American and British English.

“Bob’s your uncle!” is an expression used in the same way when somebody says, “There you are!” after someone gives a solution to a problem or achieves success.

Example: One drop of this stain remover, and Bob’s your uncle, the stain’s gone! 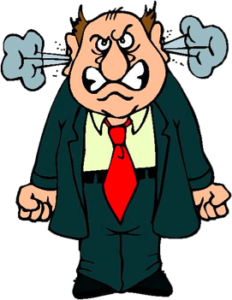 This expression could mean that someone has either lost their temper or their sanity.

Example: When the guy took a swing at her face, she completely lost the plot.

Although a donkey’s life span is nowhere near a human being’s, the British still use the term “donkey’s years” to describe a long period of time.

Example: I’ve been waiting in line for donkey’s years and it’s barely moved. 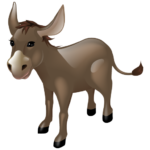 Probably coming from the actual movement you see around the mouth and chin area when one speaks, the term “chin-wag” means to have a small chat or to gossip.

Example: They just had to know what all the ruckus at the police station was all about, so they sent Joe in for some chinwag with the cops.

In the 50’s, another term used for “mutilated” is mank. From here, the word “manky” is believed to have emerged, a term used to describe something disgusting, filthy, or in bad taste.

Example: It’s not just his clothes and his body; his entire demeanor is manky, considering the way he snarls and snaps at everyone

This term is believed to be a remnant of the 30’s, and is used to describe something that is easy to do.

Example: The new crockpot she bought is a complete doddle, sure to be a hit at the next family gathering.

This article series focuses on British slang terms and phrases you can use in everyday conversation as you learn to speak English. If you’ve reached the end of the article and are surprised to find that you knew only a few of the featured phrases, or none at all,  don’t worry! There are a plethora  of British slang terms that at first glance sound pretentious, odd and old fashioned , with no equivalents in modern day American English. However in order to learn to speak English like a native, one must understand and remain open minded to the ways in which regional dialects, tradition, and social media contribute to the development of one’s vocabulary. Keeping up with the ever evolving state of the English language has never been more important. Be sure to check out posts from our popular idioms series and stand alone topics. Are you ready for a complimentary accent reduction tutorial or a free foreign accent screening? Our on-line accent reduction courses are available to students with accent reduction goals all over the world. For consistent access to posts in our commonly mispronounced word series and other accent reduction tips, please Like us on Facebook or Follow us on Twitter.