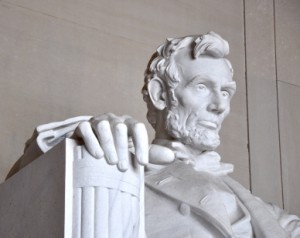 The first phonograph (a device to record and playback sounds) was invented by Thomas Alva Edison in 1877, twelve years after  the death of Abraham Lincoln. As such, no recording of Abraham Lincoln”s legendary speeches exists  to highlight those variables which contributed to Lincoln”s status as one of the great orators.

Based on the stature and voices of 19th century politicians (as illustrated by available recordings at that time) one would assume that Abraham Lincoln had a bass voice, or  a deep baritone. However leading Lincoln scholar Howard Holzer believes the majority of politicians in the 1850″s gained a reputation as having “centurion, basso profundo” voices. This view has been further propagated by casting choices of popular films and television serials like the 1980″s mini-series The Blue and the Gray starring Gregory Peck as Lincoln.  This “vocal template”, followed by all of Lincoln”s portrayals on stage and screen until Daniel Day-Lewis in the 2012 biographical film “Lincoln”, may have originated in a 1898 gramophone recording of actor William H. Hooley reading The Gettysburg Address. Dooley imbues Lincoln”s most famous speech with overwrought dramatics, giving each line an underlining profundity which, combined with Hooley”s hybrid British/Irish accent, obscures the more subtle points found in the document.

Scholars who have studied Lincoln”s delivery believe his voice was mildly shrill, though Holtzer says it was never perceived as disturbing or unpleasant. According to personal accounts from the era, many who heard Lincoln for the first time initially had a difficult time comprehending what was being said. Despite this, the contents of his speeches  were so powerful that audiences were easily captivated. Lincoln”s native accent was a blend of Indiana and Kentucky, clearly evident from the way he spelled words like inaugural as “inaugerel”.  An obvious misspelling, yet one that is rooted in phonetics and may suggest that Lincoln deliberately misspelled particular words so as to underscore the emphasis of these words within the context of a complete speech, or to let more of his natural dialect  through, thus making more of a personal connection with his audience.

The tempo of Lincoln”s speeches was usually faster than what most television representations would have us believe. Lincoln”s words did not need a heavy, brooding and serious voice to convey their sincerity, for they encouraged everyone within earshot to consider the possible implications of what was being said and to draw their own conclusions.

Can this film change widespread assumptions about Lincoln”s voice?

Daniel Day-Lewis”  interpretation of the former President”s voice in the 2012 film : “Lincoln” has generated a fair amount of criticism from early reviewers who thought Lincoln should have a deeper, commanding voice. However, if historical evidence is any indication,  Lewis” Lincoln voice is accurate.
To suggest the myth surrounding Lincoln”s voice will be broken by this film alone may be wishful thinking by many experts, but this film does break new ground by challenging traditional linguistic assumptions. If you feel that you are being consistently undermined by those around you in a corporate environment due to stereotypes associated with your accent, you may want to consider accent reduction therapy. Accent reduction reduction therapy will give you a working understanding of those sounds which you consistently mispronounce and empower you to regularly interact with native English speakers, rapidly increasing your vocabulary without the need for monotonous drills. 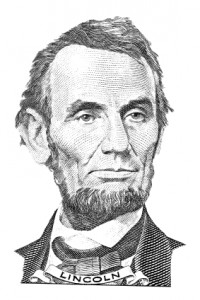