Recently Accent Pros brought you the story of the Geico gecko’s experiences during a stay in Chicago.  In NYC, the gecko was nearly hit by a cyclist during a Brooklyn Bridge commercial shoot for Geico’s “The Gecko’s Journey” series. Below you will find the transcript of our interview with the gecko as he answered our questions about the New York accent and New Yorker’s behavior.

Q: It looked like you almost got hit by a cyclist near the end of the Brooklyn Bridge commercial. Was that staged?

Gecko: I can see why you might think it was a stunt actor  since he yelled “Hey little guy, wake up!” as he zipped by, almost clipping my tail, instead of  letting loose with creative profanities in the New York dialect, but he was a native New Yorker.  When I first got to New York I wanted to travel like the locals by taking a taxi or riding the subway, but when I go back I’m going to travel around in a horse drawn carriage–I don’t want to become road fodder.

Q: I’ve read that Geckos can regrow tails, correct? Losing a tail wouldn’t have been that big of a career setback would it?

Gecko: Losing my tail would have been devastating, not to mention the fact it would throw off our production schedule.

Q: If your tail was cut off, would it have lurched on the ground like a horror movie prop?

Gecko:  (Adopts a Brooklyn accent) Forget about it, someone out there who would’ve come across my tail on the Brooklyn Bridge and taken it home in a freezer bag as a souvenir for their kid. Think about it! Would you rather have an I Love New York t-shirt or the frozen tail of an advertising icon?

Q:  Since you’re a CGI character, can’t you regrow a tail in a matter of seconds?

Gecko: Who told you I’m CGI? That’s absurd! (He stormed out of our office, but returned the next day to finish his Chicago accent training.)

Is the New York accent rooted in stereotypes?

The Gecko’s use of the phrase “forgitaboutit”, which has come to epitomize the New York accent for many, raises an interesting question: What percentage of the public’s perception of the New York accent is based on linguistic stereotypes? Contrary to popular belief there is no evidence to suggest “fogettabouit”  is even a part of the native New Yorkers’ standard slang, but the 1997 film Donnie Brasco, in which Johnny Depp plays Joseph Pistone, a real life undercover FBI agent whose infiltration of the Bonnan Mafia family in the 1970’s led to the imprisonment of 120 Mafia members, permanently associated the phrase “fogetaboutit” with the mafia and New York. In the film, Depp defines the phrase as one that can be used in positive or negative contexts, including as a substitute for profanity. The distinct way the phrase is pronounced in the New York accent, with particular emphasis on producing the o sound as a hard a, suggests that this form of pronunciation may have first been used by Italian or Sicilian speakers and integrated into English. 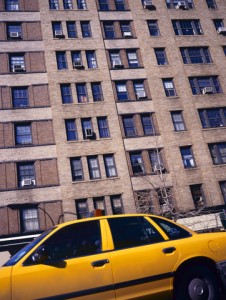