African American Vernacular English (AAVE) is a form of Standard American English (SAE). It is fascinating how different AAVE and SAE are by means of pronunciation/phonology, grammar, and vocabulary. Many people that use the AAVE form ‘code switch’ between AAVE and SAE, utilizing African American Vernacular English reduction. Code switching is a phenomenon that some speakers can perform by switching between two linguistic forms depending on the person the speaker is talking to at a given time. For example, if a speaker that can speak both AAVE and SAE is talking to someone who also speaks AAVE, the speaker will most likely code switch to AAVE. Likewise, if the speaker is talking to someone who does not know AAVE, the speaker will probably code switch to SAE. 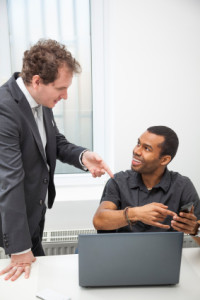 In simple terms, zero copula basically means omitting the ‘to be’ forms in a sentence. So, forms such as ‘is’ and ‘are’ are deleted.

How to do it the SAE way: Essentially, the way to reduce this AAVE grammar and make it in an SAE style, keep the ‘to be’ form, don’t delete! 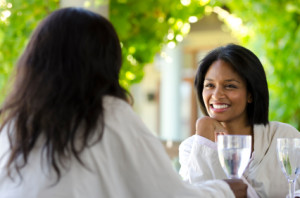 Unlike zero copula where the copula is being omitted, double copula has the exact opposite problem. This feature has two copula versus the one copula that is only needed in the sentence.

How to do it the SAE way: Two copula’s are not always better than one. Stick with the one copula that is the needed one.

What is devoicing final consonants? This means that voiceless consonants (no vocal fold vibration) substitute for voiced consonants (vocal fold vibration) following a vowel. You can check to see if your vocal folds are vibrating or not by placing your hand gently under and against your throat. When you saying the sound /b/, your should feel a vibration/movement there. When saying /p/, there should not be/very little vibration/movement there.

How to do it the SAE way: Voice the final consonant! During conversation, sometimes we don’t stress the final consonant the way it should be; therefore, saying the less stressed/voiceless version of the sound. Don’t fall victim to that when learning to speak SAE, keep the voiced sound voiced.

Hope these tips have helped-and this is just the start of the African American Vernacular English Reduction series! For more information about accent reduction, read up on the programs Accent Pros has to offer. To keep up to date on Accent Pros blogs and information: follow us on Twitter, like us on Facebook, connect with us on LinkedIn, or join us at Chicago Accent Reduction Meetup if you live locally.