Learn to Speak English: Accent Discrimination in The House of Commons

Learn to Speak English: Accent Discrimination in The House of Commons

Learn to Speak English: Overcoming accent prejudice in the UK

Recently, select members of the Tory party within the British parliament have been accused of harassing women due to their Northern British accents. The term “northern” is an umbrella term which encompasses those UK dialects found in Manchester, Leeds and Liverpool, with some defining dialect characteristics found Yorkshire. In addition to the expected non rhotic nature, the northern dialect also features lengthened diphthongs, causing the “i” sound in words such as “kite” to be pronounced as a long a sound. According to the women with the so called “objectionable” accents, criticism of their accents by men in The House of Commons, the lower house of parliament in Great Britain, is a manifestation of the men’s sexist beliefs.

Learn to speak English: Fighting to be heard

The House Commons is an elected unit with 650 members, or Members of Parliament (MPs). Of this number, 304 members belong to the Tory party, with only 48 Tory MP’s being female.

South Shields’ representative  MP Emma Lewell-Buck has faced the brunt of accent related criticism from male parliament members given that Lewell-Buck has a pronounced “Geordie” accent. This word “Geordie” is used both reference to the people of Newcastle and their unique dialect that can sound vaguely Scottish to those unfamiliar with it. The accent contains many colloquial dialect terms that would not be considered appropriate for use by a government official. Examples include “lass” meaning “woman” and the use of “wrang” in place of “wrong”. Indeed, such language is a far cry from the received pronunciation the UK has become renowned for. The stereotype of the “Geordie” accent being nothing more than an uneducated drawl is furthered by “translation” sites that convert  English sentences into “Geordie speak”. 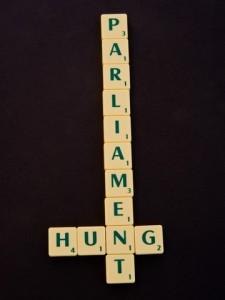 Much like MP Emma Lewell-Buck,  as you learn to speak English you will undoubtedly encounter similar behavior by native English speakers. They may claim your accent is too heavy to be understood because they fear having to repeat things to you several times. Conversely, there are those who may go too far in trying to help you learn to speak English and correct you whenever you make the slightest mistake. Not only is this irritating, but it gives the impression that you will only be accepted by others if you adopt a particular English dialect. Learn to speak English without being overly self conscious about how your accent sounds to others and instead work on improving your pronunciation skills, while also expanding your vocabulary.

If you found this learn to speak English article helpful, there’s more to come your way! To stay on top of Learn to Speak English news, follow us on Twitter, like us on Facebook, connect with us on LinkedIn, and Meetup. If you’re in need of Accent Pros’ services, try our free screening that shows you your accent severity on a scale of 1 to 7. We also offer both online and office accent reduction programs that have had at least a 50% or more accent reduction rate after 12 sessions.