The evolution of a dialect once believed to be strictly regional is usually a slow process, marked by the gradual merging of vowels, where two formally distinct vowel sounds merge into one, such as the case with the A and E vowel sounds in the Philadelphian dialect. The O sound has lost its so called singsong quality and is now reflective of the New York or Boston accents. The linguistic shift has obtained a stronghold in south Philadelphia and other urban areas as a direct result of dialect trends spreading quickly within densely populated areas. Similar to those who are beginning English accent training, Philadelphians in the city have gradually a modified form of the traditional Philadelphia accent because it’s what those around them are speaking, thus it is seen as “normal.” Social interactions with others within our peer group is what truly drives linguistic change.

Linguist William Labov has been studying the constantly changing world of American accents and dialects for over 40 years, paying particular attention to the Philadelphia accent. After analyzing speech samples of native Philadelphians from speakers in various neighborhoods–spanning a time period from 1888-1991– Lablov and fellow researchers Josef Fruehwald and Ingrid Rosenfelder have reached some definitive conclusions with respect to the connection between age and one’s accent. A person’s native accent becomes ingrained around the age of nineteen, which helps explain why many adults struggle at the onset  of English accent training.

Below you’ll find six phonetic approximations of iconic phrases associated with the Philadelphia dialect. The phrase written in standard English is listed second. 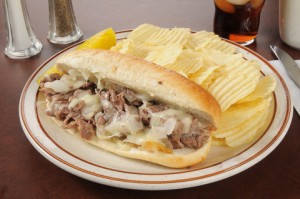 English accent Training: Portrayals of the Philadelphia Accent in Film

Outside of Philadelphia the general public has been largely unaware of true Philadelphia accents, in part because Philadelphians have long complained that their accent hasn’t been accurately captured in movies for years. The critically acclaimed 2012 film Silver Linings Playbook was set in Collingsworth, New Jersey and and starred Robert DeNiro, Jennifer Lawrence and Philadelphia native Bradley Cooper. Even though he is a Philadelphia native, Cooper, nor anyone else in the movie used what is considered by native Philadelphians to be a vintage Philadelphia accent. Instead, the actors involved used an accent closer to the New York/Boston dialect. Similar to Philadelphians, those who are beginning English accent training should always remember their linguistic roots and progress through training at their own pace. Remember: the goal of English accent training is not to completely eliminate your accent.