The Canadian accent is one of the most widely mocked by comedians who base their act around pointing out racial, cultural and linguistic differences. Although jokes of this nature may get consistent laughs from audiences all over the world, they have the undesired effect of perpetuating and reinforcing stereotypical beliefs. It is this type of prejudice that those in accent reduction programs must deal with as they work towards achieving a more neutral accent.

Dave Lawrence, a Canadian actor originally from Calgary, has taken it upon himself to highlight the subtle differences in the Canadian accent for non Canadians. Lawrence began this process with the premise that there is a distinct difference between an Albertan accent and that found in the western part of the country. Lawrence became known for the Albertan accent he sported as the character Terry Cahill in the 2002 film Fubar, which he achieved after countless hours of observation when he worked as a welder’s aide during a pipeline project. The best overheard snippets of conversation were kept in a notebook by Lawrence, such as the phrase “just give’r”. This underscores the idea that while you may learn a proper, socially acceptable form of pronunciation in accent reduction programs, you can learn something which enhances your conversational skills in nearly every social situation. Be aware of how those around you are speaking and your current surroundings. Try to model your speech after those around you, particularly dialect terms and phrases. This is a tip many accent reduction programs give!

According to linguist Charles Boberg Canadian speech can be characterized as falling under one of six major linguistic groups (British Colombia, the Prairie, Ontario, Quebec (Montreal), the Maritimes, and Newfoundland.) The dialect parodied in the Furbar movie is similar to dialects found in Alberta. An American equivalent can be seen in the movie Fargo with the Minnesota dialect. 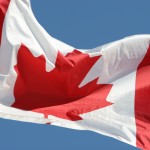 For years many Canadians believed you could tell people from Edmonton and Calgary apart based simply on their accent because the Calgary accent supposedly sounded more “American”. However it is likely that such opinions originated from each speaker’s respective behavior than their accent. Try to approach accent reduction programs with an open mind and don’t put pressure on yourself to sound a certain way, believing that doing so will hasten success. Such beliefs are based around linguistic stereotypes similar to those mentioned above and can only hurt you in the long run. If you are open with your coworkers that you are doing accent reduction programs, they will be far less likely to make judgments about your accent and the words you use.