Definition: A timely effort can prevent having to do more work later. 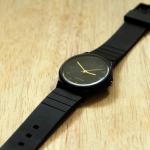 Example: The tailor saw a small ripped seam from the hemline of a dress that was given to him and he fixed it without prompting and at no extra cost. A stitch in time saved nine for his customer and she was able to use the dress with no further problems.

Origin: This idiom has nothing to do with sewing. It simply means recognizing when to do things ahead of time to prevent the consequences that come about from not completing a task before an established deadline. The very first people to use this expression may have literally referred to saving nine stitches for the sake of efficiency , and the expression evolved in meaning while still referencing nine stitches. This expression was first recorded in the work Gnomologia, Adagies and Proverbs, Wise Sentences and Witty Sayings, Ancient and Modern, Foreign and British by Thomas Fuller. These works also featured other like minded English proverbs focusing on the benefits of getting things done in a timely manner and not procrastinating.

Definition: That time of the day when T.V. watchers are most abundant. The best time to do something.

Example: Now is the prime time to layer on clothes because it’s winter.

Origin: The use of “prime time” in reference to television shows began after WWII. In a piece from The Wall Street Journal in January of 1947, there was a mention of the prime time for shows being around 9:30 pm. Prior to its association with television, the word prime time was used centuries earlier. Its etymological origin may be from the French word “printemps,” which means 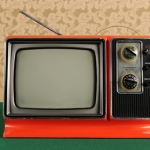 Spring. In Geoffrey Chaucer’s work The Romance of the Rose, “pryme temps” are mentioned, and a similar use is also present in Edward Hall’s 1548 work, The Union of the Noble and Illustre Famelies of Lancaster and York. The word “prime” in both contexts means first or primary.

Definition: Believing that trying something for the third time will bring around the luck needed to make things work out to one’s favour; getting lucky on the third try.

Example: The beggar once again spent all his spare money on that lottery ticket with the thought that this is going to be his third time lucky. 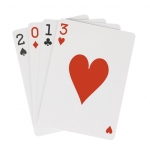 Origin: This phrase is from a belief that trying something for the third time will bring the results one desires. In Alexander Hislop’s work The Proverbs of Scotland, this phrase was specifically mentioned and is regarded as a kind of proverbial phrase. There are no definite explanations as to why the third time is considered as the luckiest, but the most common belief is that those who were able to survive three attempts at being hanged would be set free is the source of this idiom.