Many of our clients at Accent Pros, who come in for accent reduction sessions, have advanced degrees and have excellent command of the English language. Given the evolving state of the English language; however, they may not understand informal slang and phrases that are regularly used in the workplace, and on various popular social media platforms such as Facebook and Twitter Occasionally our accent reduction clients will understand the meaning of an idiom, but use it in an improper context, which could potentially have embarrassing consequences. In our continuing efforts to feature only the most relevant and practical terms when helping you on your accent reduction goals, here are three idioms that have become standard shorthand in the workplace.

Example: I know I’ll be able to sleep like a top later. That trekking trip was immensely tiring! 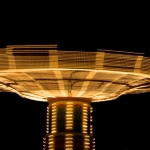 Origin: This is a simile as much as it is an idiomatic expression. A top is said to be “asleep” when it’s spinning because it remains on its axis, thereby looking as if it were still, or sleeping. The earliest recording of this expression “sleep like a top” comes from 1693 when it first appeared on The Old Batchelour by William Congreve. The phrase reads: “Should he seem to rouse, ’tis but well lashing him, and he will sleep like a Top.” The mobility of a “sleeping” top may seem contradictory to the act of sleeping, but the stillness and somewhat hypnotizing motion of this movement may have been what made people use this idiom to refer to sleep.

Origin: For those who are in the English-speaking hemisphere of the world, “sleep tight” is a very commonly used phrase which means to sleep well. Before sleeping, it is commonly said with other phrases and this expression goes: “Good night, sleep tight, don’t let the bedbugs bite.” “Tight” refers to the time when ropes were used as the main form of suspension underneath a bed’s cushion. The expression sleep tight became more common in the 20th century and was made even more popular when The Beatles used it as part of a song lyric. Sleeping “tight” is also a variation of the 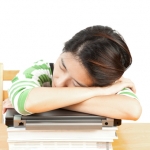 Definition: To have undisturbed sleep; being so tired, one can sleep even on a clothesline.

Example: The construction workers were sleeping on a clothesline, preparing for yet another day of work the following morning.

Origin: A clothesline is definitely not a place which is comfortable to sleep on—and this idiomatic expression magnifies one’s tiredness by saying that one can sleep on such an uncomfortable place. This idiom is a metaphorical way of saying one is very sleepy. No one can actually sleep on a clothesline, and this idiom is a hyperbole because of the exaggerated idea of sleeping on something so 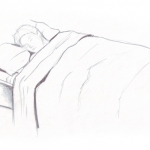 uncomfortable. In 1933, George Orwell noted a London sleeping place where there was a bench and a cord in front of the lodgers, and on this cord, they would sleep. Sleeping on a clothesline is most applicable to those who are so exhausted that they may fall asleep just about anywhere.