Warning: Use of undefined constant mc_ps_parse - assumed 'mc_ps_parse' (this will throw an Error in a future version of PHP) in /home/customer/www/accentpros.com/public_html/wp-content/plugins/parse-shortcodes/parse-shortcodes.php on line 16
 Badger to Death - Workplace Idioms - Accent Pros Skip to content

Do you have one person in your office who’s notoriously hard to contact outside of work? They sit  in their cubicle and produce consistently good work, yet they’re consistently described by those around them as being “introverted” or a “lone wolf.” Thanks to social  media websites like Twitter and Facebook, you may find these people show a completely different side of their personality online. Talking to them can still be a challenge if they don’t respond to your messages as quickly as you expect, a habit that becomes especially pronounced if you happen to be working with this personality type on a project with a strict deadline requiring near constant communication. It’s important to respect their privacy and not badger to death issues related to the project
. 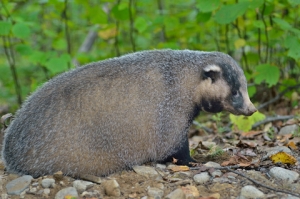 The idiom ‘badger to death’ means to annoy or bother someone or a group. It could also mean to harass or to persecute.

The prosecutor will likely badger to death the suspect until she gives him the information he’s been hoping elicit from her through subtle questions and outright accusations about the illicit nature of her employer’s business practices.

There was once a sport called badger-baiting where badgers and dogs were pitted against each other. Although one may think that dogs have an unfair advantage over their smaller opponents, the sport has actually proven that badgers were nothing short persistent when placed in this type of scenario . They are an extremely tenacious breed, unrelenting in their attack as they bit opponents to death.

‘Badgering’ has also become such a common verb that relates to a persistent pattern of behavior that is either designed to annoy another person, or one that starts out with good intentions but ends up annoying the other person regardless

The first recorded use of the idiom does not exactly refer to badger-baiting, but to theatrical performances. In 1790, a journal for the dramatic arts called The Bystander says:

“It is always worth a manager’s while to engage a performer for three years. The first he is a drudge; the second he is a servant of all work; the third badgered to death, and at length dismissed.”

Badger-baiting was eventually made illegal, but the use of the term caught on.