Warning: Use of undefined constant mc_ps_parse - assumed 'mc_ps_parse' (this will throw an Error in a future version of PHP) in /home/customer/www/accentpros.com/public_html/wp-content/plugins/parse-shortcodes/parse-shortcodes.php on line 16
 Young Turk - Political Idioms - Accent Pros Skip to content

With America due to elect a new President in 2016, today’s featured idiom, “Young Turk,” is rather timely. Both the Republican and Democratic parties are looking to capture the youth vote and have their respective party’s ideology appeal to the youth of America on an emotional first and foremost. To accomplish this, Democratic Presidential candidate Hilary Rodham Clinton has advocated for the implementation of a program which would guarantee federal funding for public colleges and universities, on the condition that they provide tuition that is not dependent on student loans. The system would enable students to repay outstanding debt through a variety of work study programs. Don’t be labeled a misinformed “young Turk.” Read up on the history of this idiom now.

A young Turk is someone who is full of new ideas and zeal. Young Turks are seen as aggressive in advocating for reforms within any organization as they have little patience to wait for anything to happen.

The transition from having conservative folks leading the group to having young Turks holding key positions was quite disarming.

The use of ‘young Turk’ as a figurative expression started around the 20th century. William Safire described them in 1968 as a band of 20 men who mutinied against the leadership of the Old Guard, which they believe to be too feeble for their taste. The group he was referring to, the young Turks, were young US senators. 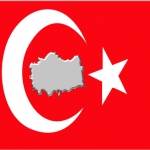 But these politicians were not of Turkish descent, of course. The expression itself was initially used to describe actual young Turks during the Ottoman Empire from 1789 to 1807. Selim III was then Sultan, and he pushed for a litany of reforms that were supported by numerous young followers. The reforms aimed for modernization that are patterned after European norms.