Accent reduction students from all over the world participate in our online classes for accent reduction.  One of their favorite parts of the class is learning about the American idioms and other common English sayings.  In a continuing part of our idioms series, we feature down to the wire, get a leg up, and tie the knot.  We hope you enjoy learning about these idioms and where they originated to become part of everyday standard American English. 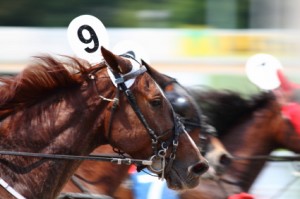 Down to the Wire

Definition: Used when the outcome is in doubt until the very end.

Example: I bragged that I was going to get an A in physics this year and it’s going to go down to the wire.

Origin: American racetracks in the 19th century strung a fine wire accross the finish line, thus enabiling stewards determine which horse prevailed in a close race and leaving no doubts as to the winner. A paragraph a July 1889 issue of Schribner’s Magazine, describes a hotly contested race between Tinarch and Petrel as going “down to the wire.” The phrase wire to wire, used in circumstances when a sports team or political figure wins easily after leading from the onset, is also derived from the race track. Wire was placed at the starting line to note false starts. Any horse that lead from the start of a race was said to have lead while to wire. Conversely, “under the wire” meant to finish something as the last possible instant, a earlier variation of “under the gun”. 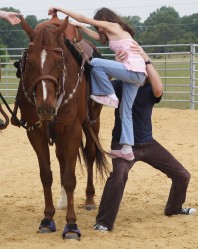 Get a Leg Up

Definition: To gain an advantage.

Example: “Chicago was able to get a leg up on Pittsburgh due to their superior hitting.”

Origin: This word comes from the world of equestrian riders, where assistants aid riders by cupping their hands to hold one foot of the rider like a ladder rung before hoisting them onto their horse. 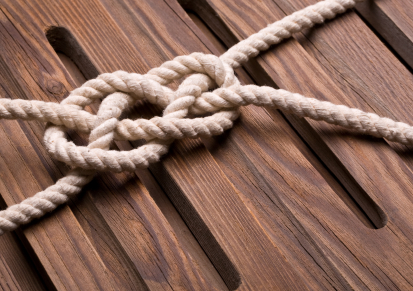 Definition: An informal description of marriage.

Example: “Carla and Sam went out to dinner on a blind date, went to the movies the following week, and were practically ready to tie the knot.

Origin: It is commonly believed this expression derives from knotted strings which served as the basic support structure for bed frames before metal springs became a standard means of construction. Knots are a universal sign for a bond which cannot be broken by time, distance or hardships.

Physical knots have been included in marriage ceremonies, with twine initially binding the wrists of the bride and groom before evolving to include sashes, called handfasting. The word knot has been linked to marriage ever since the 13th century. E. and M.A. Radford’s Encyclopedia of Superstitions mentions that in the 17th century blue ribbons were attached to the bride’s gown and systematically pulled off by the guests and worn as a good luck charm on men’s hats. Judaism also features knots as a prominent part of the wedding ceremony. In an article entitled “Miss Rothchild’s Marriage,” found in a January 1826 edition of The Wilmingtonian and Delaware Adviser, the phrase “tie the knot” was used in reference to the marriage between “a son and daughter of the house to Judah”.