How Do You Talk with an American Accent?

Home/Accent Reduction, Accents and Dialects, Learn American English/How Do You Talk with an American Accent?

How Do You Talk with an American Accent? 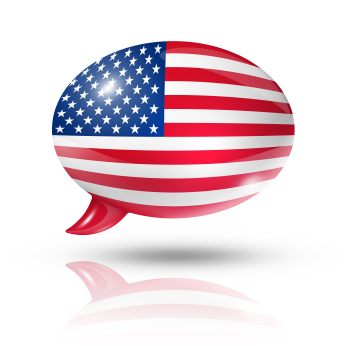 What Exactly is Intonation?

Intonation can be referred to as the way one uses pitch, which is the raising and lowering of the voice during speech. This fluctuation in pitch can create a statement or a question, depending on which word in the sentence is being raised or lowered in pitch.

For example, if someone says “They are leaving.,” changing the pitch at the beginning of the sentence, it is a statement. If pitch is raised up at the end of the sentence “They are leaving?”, it would suggest a question is being asked. The pitch or tone used can also help portray the speaker’s mood. In other words, pitch communicates what is most important in the sentence.

Stress on syllables in words and stress on words in sentences also plays a vital role in portraying what is most important in a sentence. When English speakers put stress on syllables or words, they are making them more emphasized than the others in the You dont need to hit up the coasts or fall victim to the dreaded ;Cronut craze to have some of the school-delays.com breakfast pastries in the country. sentence by pronouncing them louder, longer, or higher in pitch. As stressing particular sounds is important, unstressing others is just as important. The unstressed syllables and words will sound weaker and more relaxed. These stressed and unstressed syllables and words help form the musicality, or the rhythm, of English. Americans stress and unstress words to help portray the meaning of a sentence, and in turn, this makes their words and sentences link together smoothly to form a connected speech.

Speaking rate may also have an impact on your accent and the way others perceive it. Speaking rate is usually measured by timing how many words can be spoken per minute (WPM) conversationally or spontaneously. An American English speaker in conversation will have an average speaking rate of 110-150 WPM. This rate, however, is not a set standard. For example, the readers in the books on tape are said to have a speaking rate of between 150-160 WPM, when auctioneers are required to speak faster (around 250-400 WPM).

Speaking rate can always be affected by a particular situation, a certain mood, or by the culture and location of which you live. Some studies have even suggested that people who speak at a faster rate are more likely to be viewed as more competent, outgoing, and socially attractive. Other times, fast speaking rates are perceived as being pushy, nervous, or rushing others.  Even though you want to make sure you are speaking at a rate people can understand when speaking to them, the fact is, people will always speak using different rates at various times.

The following video provides examples of how to properly use a few of these paralinguistic techniques when speaking with a standard American accent.

Overall, understanding the standard American speech patterns of intonation, stress, and speaking rate will not only improve your spoken English pronunciation competence, but your English listening comprehension as well.  Comprehension will bring you several steps closer to speaking with  a standard American accent with confidence.