Can The American Accent and Pronunciation Style be Mastered Effectively Online?

Can The American Accent and Pronunciation Style be Mastered Effectively Online?

Does an ideal form of “standard English” exist? 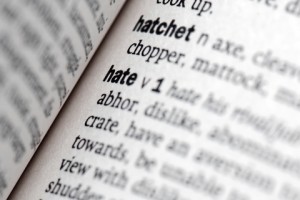 Foreign demand to learn American standard English , featuring distinct accent and pronunciation characteristics, continues to grow exponentially. This is due to the pervasiveness of American culture in forms of mass media. The question of whether a foreign student of world languages should learn Standard American English or British English is largely determined by where they will be living for a given period, and the form of English used by their associates. Researchers  have argued  that trying to teach a standardized  English complete with agreed upon words and phrases is impossible, and ignores contributions made to the language by dialects all over the world. An oversight of this magnitude could cause individuals unfamiliar with the cultures that spawned these dialects to make stereotypical  assumptions about speakers whose speech is laden with dialect and phrasing

Some Differences Between American and British English

Some British English speakers find the  American English accent to be slower and nasally in contrast to the standard British dialect. Most notably, the letter r in the American accent is clearly evident at the end of words. This emphasis on the r means that Americans speak with rhotic accents while the British speak with nonrhotic accents. Thus, anyone used to speaking British English who wishes  to get rid of their accent must practice the rhotic style of speaking and learn how to pronounce the hard

British and American English also features minor differences in their respective written grammatical structure and vocabulary.  British and American interpretations of the language exhibit inconsistencies as to whether verbs should follow regular or irregular conjugations, causing past tense and past tense participle verbs in American English, such as learn, burn, dream and smell, to be irregular in British English,  (learnt).  American English tends to adhere to phonetic spellings of certain words and eliminate unnecessary letters, whereas British English preserves the old English spelling of words out of a sense of tradition. Finally, British English utilizes modal verbs during the construction of normal phrases (“shan’t we be  leaving so we’re not late?”). In American English, use of modal verbs is seen as antiquated and improper. 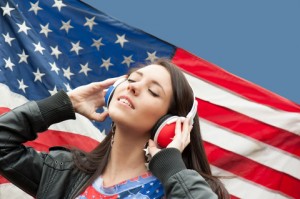