A Note On Our Ongoing Idioms Series

Many of our clients at AccentPros have advanced degrees and have excellent command of the English language. Given the constantly evolving state of the English language however they may not understand informal slang and the turns of phrase that are regularly used in the workplace, conversations with friends, and on various popular social media platforms such as Facebook and Twitter. Occasionally our clients will understand an idioms meaning but use it in an improper context or the wrong situation, which could potentially have embarrassing consequences. In our continuing efforts to  feature only the most relevant and practical terms in our idioms series, here are some business and memory related idioms.

Armed to the Teeth

Definition: To carry a large amount of weapons

Example sentence: The men robbing the bank were armed to the teeth.

Origin: The guns of the 17th century were extremely primitive, offering just a single shot between long reloading intervals.  When pirates in Port Royal, Jamaica boarded an enemy vessel they went heavily armed, often carrying a pistol in each hand, several in the pockets and even more tucked into holsters and belts, allowing them multiple shots before they’d have to stop and reload. On such an attack hand-to-hand combat would often take place, so a weapon that required no ammunition would be useful. Therefore pirates would often hold a knife between their teeth to use when ammunition ran out.
Today the idiom ‘armed to the teeth’ is used to describe any person who is heavily armed, whether they carry guns, knives, or any other weapon.

Definition: To spark a memory

Example Sentence: I’m sure I’ve met Fredrick before. His name rings a bell.

Origin: Before clocks and watches were widely available there were very few ways to accurately measure the time other than by charting the movement of the sun across the sky. While this was accurate enough for most purposes, for events that had a definite starting time it was important that attendees arrive promptly. To solve this problem, churches and schools would signal that it was time to begin by ringing a bell that could be heard far and wide. This is the reason church towers are still built with bells and schools still signal the start and end of classes with a bell, even though we now all carry accurate timepieces. Quite literally, to ‘ring a bell’ was to act as a reminder. In modern usage, when something rings a bell it means that something triggers a memory. 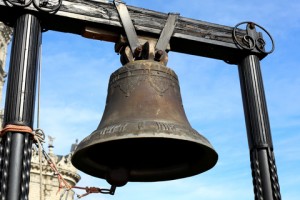 Definition: For a business or person to be in debt

Example: sentence: We’re working harder than ever, but we’re still in the red!

Origin: While the idiom itself dates back only to the beginning of the 20th century, the use of red ink in accounting has been standard practice since Medieval times. Churches (the center of literacy and numeracy in the west at the time) kept careful financial records and also used red ink to denote negative amounts. However, since ink was expensive and rare they would often instead use the blood of domesticated animals as a substitute, which only adds further negative connotations to the phrase.

Today, ‘in the red’ is used most commonly when describing a business that has fallen on hard times and is no longer turning a profit. However, it can also be used in the context of personal finance and even, occasionally, to refer to something not related to finances, such as a sports team falling behind against a competitor. 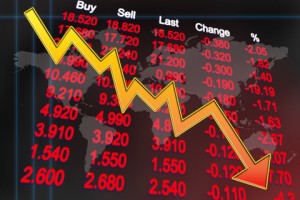 Accent Pros has a continuing series on common English phrases and American Idioms.  Be sure to check out other blog posts to find your favorites and learn how to pronounce them with standard American English.  Ready for an accent reduction tutorial or for a complimentary accent evaluation?  Check out the available personable on-line courses for accent reduction for students all over the world.