Voice recognition is now such a common feature in any form of technology, either as a standalone feature or when integrated into a larger product, that many people take it for granted. In car and phone commercials, voice recognition is marketed as a defining feature, one that will sway interested consumers to buy a Buick or iPhone over similar products by their respective competitors. 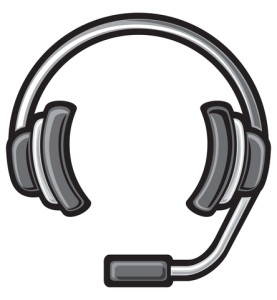 Indeed, it is difficult to imagine the iPhone developing into the worldwide phenomenon it has rapidly become without the presence of Siri. Siri is a voice recognition app that is intended by Apple to be a simple program that not only performs commands when activated by a user’s voice, but also is a virtual assistant that easily handles a number of scheduling tasks. Siri can also act as a search engine when prompted by questions.

Can Accent Reduction Programs improve your ability to talk to Siri?

Unfortunately, users who were non-native English speakers quickly found Siri had difficulty understanding both their native language and heavily accented English. In its earliest Beta form Siri was only programmed to speak and comprehend British, American, and Australian English, along with French and German. Apple attempted to defend itself from this criticism by stating that Siri would eventually learn an individual’s voice regardless of how severe an accent happened to be if a person took the time to train Siri. However for those people with heavy accents, Accent Reduction Programs would be especially beneficial in helping the voice recognition software on their computer and/or phone.  Users have also complained that Siri’s voice sounds stilted and unnatural, making it difficult to understand at times. Programmers over at the open soure app site Cydia have developed an app called AnyVoice  that enables Siri to speak in one of 40 different accents. While not all of the included accents will come off as authentic to native speakers of a given language, the app can nonetheless serve as a speech model of sorts, similar to Accent Reduction Programs. An example of how you can be clearly understood and still retain a part of your personal identity. 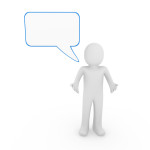 Technology can act as a model for Accent Reduction Programs

Teaching voice recognition software to learn the subtle nuances of a user’s voice through strict repletion was accepted as a given during the earliest stages of the technology, as users sat reciting variations of the same word repeatedly until the computer had learned their voice. In today’s fast paced society; however, when people buy a new piece of technology they expect it will work as advertised right out of the box and that a minimal amount of time will have to be spent learning the intricacies  of the machine. There is also the understanding that once a person learns how to use a particular feature, such as voice recognition software, it will continue to work without any problems. The website Gizomodo.com ran a number of voice tests on Siri involving speakers of various accents. They discovered that those accents that deviated greatly from what can be termed “standard American” were more likely to be misunderstood by Siri. Moreover, as this video illustrates Siri has trouble handling the unique rhythm and blending of vowels found in the non rhotic speech of Bostonians. Despite this mounting evidence, Apple continues to maintain there is no fatal flaw in Siri’s ability to interpret human language. Instead they have decided to focus on promoting the positive aspects of their new iOS7 operating system, which features an option for the user to select either a male or female voice for Siri, as well as a number of other suble additions that increase Siri’s versaitility.

The iOS7 version of Siri has a soundwave graphic that appears onscreen whenever the program is active. The soundwave moves in accordance with a user’s voice, letting them know that Siri is processing what they’re saying and will respond shortly. Potential starter questions a user can ask Siri are now displayed on screen, as are web and Twitter search results, which have been informed by the resources of Wikipedia.

Amid the flurry of coverage for  Apple’s iOS7 operating system, longtimr voiceover actor Susan Bennett came forward to reveal that she was the voice of Siri for Apple’s iPhone series. Interestingly Bennett recorded all of the lines Siri would become know for over the course of July 2005, 4 hours a day. Benett read a bunch of nonsense phrases and sentences, thereby allowing Apple’s tech experts to isolate vowels, consonants and diphthongs in selected passages. This process, known as concatenation, involved constructing words and phrases out of Bennet’s dialogue while also modulating its pitch and speed.

Get started with AccentPros by taking our free Accent Reduction screening! You can quickly determine what range your accent falls into on a scale from 1 (very heavy) to 7 (very mild). If you decide to take one of our Accent Reduction Programs, you have the option to choose from an Online Starter Program or Office Starter Program. All clients who have completed twelve sessions with either program have reduced their accent by 50% or more.