Accent reduction programs: What can Japanese teach us about American English?

As a non native speaker of English, you are more conscious than most people of how your particular accent comes across to others, as you attempt to enunciate words as clearly as possible to avoid drawing attention to your accent. However have you ever wondered why native speakers interpret you as having an accent at all, considering you are both speaking the same language? Scientists at the RIKEN brain institute found that, at least with Japanese speakers, the combination of pitch working in tandem with ones accent activates different areas of a listener’s brain depending on whether the listener is a native Japanese speaker or one who employs it as a secondary language. 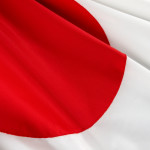 While these questions have yet to be answered, the results of the RIKEN study could have widespread implications on what is emphasized in accent reduction programs in the future.

A study led by  Drs. Yutaka Sato and Reiko Mazuka attempted to find out whether speakers of a non standard Japanese dialect used the same portions of their brain when listening compared to native speakers of a standard dialect or those who spoke Japanese as a secondary language.

Immediately upon hearing any language the brain begins to analyze the incoming information to discern anything meaningful. An ordinarily smooth process that can be interrupted  if there is a misunderstanding due to the regional accent differences. One example of this can be seen in the accent and dialect differences  found in different regions of the U.S,  or more drastically, between standard American English and British English. In contrast to other languages, The standard Japanese dialect features slight pitch/accent variations which are used to define words or phrases that otherwise have identical meanings. Therefore, in Japanese what you say isn’t necessarily more important than how you say something  to convey meaning and intent. However not all Japanese dialects rely strictly on accent and pitch to convey meaning.

The meaning of Japanese words and phrases can change simply raising or lowering one’s pitch on a specific syllable, similar to how in English the word “live” can mean “To live”, or “live from New York City” depending on the surrounding context of the sentence.  The tests were structured to gauge participants pronunciation of 3 types of word pairings: words that differ by exactly one sound, words that are differentiated from one another by pitch accent–how they are delivered by the speaker–and words delivered in a declarative tone as opposed to the word being part of a question. 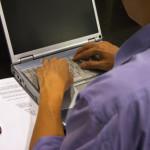 A technology known as ear Infrared Spectroscopy (NIRS) gave the research team the ability to observe whether the two brain hemispheres react differently to pitch changes in a pair of words when spoken in a standard and non standard Japanese accent. An increase in blood to one area of the brain means it is currently being used. Changes in a speakers tone register in both sides of the brain, while devising meaning from a phrase is relegated to the left hemisphere.  Word pairs that differed in pitch-accent activated the left hemisphere of the brain in people who spoke a standard Japanese accent. No left hemisphere activity occurred in participants who spoke a particular dialect of the Japanes language. Dr. Sato was surprised speakers of the standard Japanese dialect rely more heavily on pitch to determine meaning than those who speak a non standard dialect, given both groups of people are native Japanese speakers.

Accent Reduction Programs: Where to learn more about them

This is just one of our many blog articles that help educate and inform the public on accent reduction programs. If you’re interested in learning more about ways to reduce your foreign accent, check out our free Accent Reduction screening. Within 48 hours you will receive results regarding your accent on a severity scale of 1 (very heavy) to 7 (very mild) accent. If you’re looking to start on your Accent Reduction, we have office and online starter program options! Within 12 sessions, all clients have demonstrated accent reduction of 50% or more.