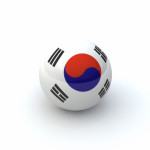 It is natural to have some reservations about finally making a commitment to English accent training, especially if this decision has been weighing on your mind for some time or was mandated by an employer. A misconception you may have upon reading through our articles here at AccentPros and taking one of our free accent reduction screenings is the

idea that after your speech data has been gathered and interpreted, English accent training always begins and ends at the same point. While all English accent training here at AccentPros begins with the results generated by an evaluation, we also take into account what aspects of English are present in your native language. Thus we are building on what language rules you already know while addressing each of your accent concerns individually. 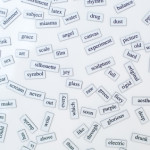 One of the biggest differences between English and Korean is that many of the English consonant sounds Americans use  to communicate are not present at all in Korean,  including the “th” sound in “then” and “thirteen” and the long /v/ sound, which is frequently mispronounced as a /b/ sound by native Korean speakers. Therefore it is not uncommon to hear the word “phone” being pronounced as “pone” by native Korean speakers who are integrating English accent training techniques into their everyday speech.  Also unlike English, Korean is a syllable timed language. Syllable timed languages all feature syllables of equal length, thereby creating no obvious points of emphasis, or content words, that can be designated as vital in the minds  of native stressed time language speakers. As we have discussed previously on this blog, stressed timed languages have a natural musicality to them, a tempo that rises and falls.

Because Korean rarely features released consonants, native Korean speakers are prone to adding “u” or “i” vowels to the end of English words that end with a consonant. For example, “coat” becomes “coati”.

Below is a chart showing 15 of most common mispronunciation errors of English words by native Korean speakers. A written explanation of each error is listed in the first column, with the commonly mispronounced sound in each word written phonetically in the fourth column. If you are a native Korean speaker, take note of which of the following English words and/or sounds you have difficulty pronouncing. 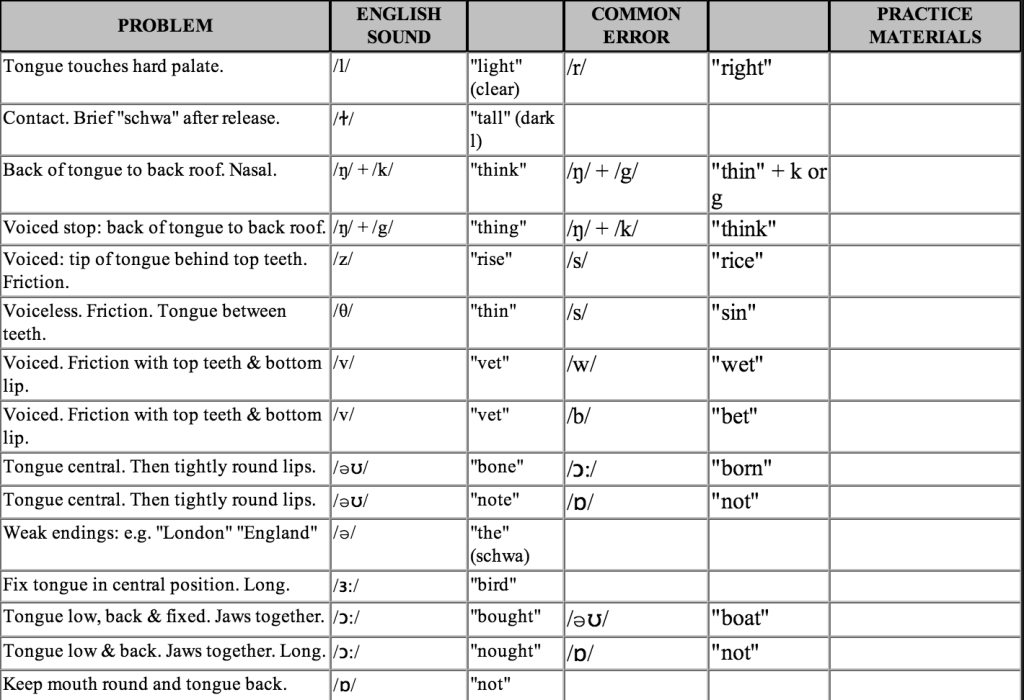