Home/Accent Reduction Classes, Foreign Accents, Living in America/American Accent Training and Why it is Critical to Survival in the US

American accent training is not a course that will transform you into a slang-speaking, lip-smacking American or a gentle southern gal who’ll swoon and gush over anything and everything that pleases her. American accent training is the best way to reduce your heavy foreign accent. Being able to speak American English well is critical for success if you are living in an English-speaking country. American English is one of those languages of the world that never fails to impress, especially if used properly and the person can be understood by the majority. 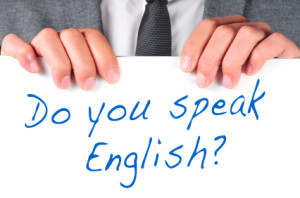 Speaking English well is a great way to make friends, develop bonds, get hired, get promoted, and live life a little more pleasantly all-around. Just look at what the world says about English:

If the three bullet points listed above did not prompt you to enroll in an American accent training course, maybe the following statistics will provide you with the motivation you desire.

While the United States is still considered by many foreigners as the country where dreams can come true, the reality of achieving your goals increases if your American English is understood easily by others. While many people will tell you that it’s just a matter of time before you acquire the accent and a better vocabulary, opportunities could be passing you by each day. An American accent training course should be taught by an expert who understands the urgent need to fit in right away. The end result is to be a successful communicator with a speech pattern which is understood by all.

This is just one of our many blog articles written to teach more about American accent training If you’re interested in learning more about ways to reduce your foreign accent, you can practice accent reduction after starting with a free screening to determine the severity of your foreign accent. Within 48 hours, you will receive results regarding your foreign accent on a severity scale of 1 (very heavy) to 7 (very mild) accent. If you’re looking for more American accent training, we have in office and online starter program options! Within 12 sessions, clients have demonstrated accent reduction of 50% or more.