Learn to Speak English: Finding the Humor in English part 2

Learn to Speak English: Finding the Humor in English part 2

On May 13, 1999,  George Carlin delivered a speech in Washington D.C.’s National Press Club. While other comedians might have used this unique platform as an opportunity to advocate for a specific cause or person and deviate from comedy, Carlin made his intentions clear from the onset. As seen in the video below, Carlin proceeds to meticulously and ruthlessly scrutinize the language used by politicians when speaking to the American public. Carlin argues that politicians cannot  be trusted, as they are so focused on  projecting a specific image to the voting public they are willing to say anything to maintain it. This involves burying true intent under a layer of euphemisms. In Carlin’s words, politicians  “…speak with great caution because they must take care not to actually say anything.” This serves as a nice reminder to people who want to learn to speak English. When presented with complicated language you don’t understand, always try to discover the underlying message behind it. 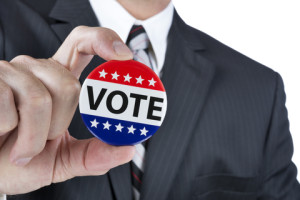 For the next section of his speech Carlin describes the euphemisms politicians use in their speech as a way of avoiding responsibility. For example, according to Carlin, politicians don’t actually “say” things they “indicate” them. In the same vein, “suggest” is used in place of the more conventional “said”  and “determine” is used by politicians instead of “decide”. The word “determine” is less individualized and gives the impression that a  number of opinions were considered in the making of a decision.

Carlin provides a perfect illustration of how politicians and people in general can confuse and deceive by combining euphemisms in a single sentence at the 1:08 mark in the video : “Let me suggest that as I indicated yesterday…I haven’t determined that yet.”

From Carlin’s exhaustive list of political euphemisms, one can see how the more euphemisms are used in a sentence, the more impersonal speech becomes overall. While you learn to speak English you may feel pressured to learn bigger words early on so that you sound well educated and intelligent, but an over reliance on these  words can potentially confuse listeners. When in doubt, opt for simpler language.

Arguably the most universal part of Carlin’s speech occurs when he describes the expressions  used by a politician who is under suspicion by Americans and the judicial system. Below you’ll find a list of commonly used political expressions mentioned by Carlin. As you watch television and learn to speak English , take note of how many of these expressions you come across.

Quoted out of context

They twisted my words

The whole thing has been blown out of proportion

We’re trying to get to the bottom of this

Whatever happened to innocent until proven guilty?

I just want to put this thing behind me

Taking responsibility for my actions

If you found this learn to speak English article helpful, there’s more to come your way! To stay on top of the Accent Pros news, follow us on Twitter, like us on Facebook, connect with us on LinkedIn, and Meetup. If you’re in need of Accent Pros’ services, try our free screening that shows you your accent severity on a scale of 1 to 7. We also offer both online and office accent reduction programs that have had at least a 50% or more accent reduction rate after 12 sessions.