In the first article in this series, we discussed how TIME Washington Bureau Chief Michael Scherer was contacted by what he believed to be a telemarketing robot operating under the name “Samantha West”. What was most surprising to Scherer and his colleagues was the voice used by the telemarketing robot. While clearly not human, the voice could easily fool unsuspecting people into believing they were conversing with a human being. After all, the robot featured the pitch perfect standard American accent  focused on in accent reduction programs, a steady speaking rate, and moderate intonation. All of which contributed to the robot sounding almost human instead of a machine focused on selling a product to consumers, oblivious to a customer’s questions–and growing frustration–when these questions were not answered or ignored outright. Whenever asked to confirm whether it was a robot, “Samantha West” would steadfastly deny this accusation.

If you listen carefully, you can quickly discern that not only is “Samantha West” a robot following a prepared script, but there is a pronounced lag time between the reporter’s questions and the robot’s answers. 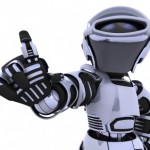 A follow up article by one of the reporters contacted by “Samantha West” revealed that Samantha West isn’t a robot at all. On the contrary, Samantha West is a code name used by a computer program operated by U.S. health insurance brokers with heavy accents in call centers overseas.

Because there is a live person at the other end of the line selecting Samantha West’s responses to all questions, the company Primer Plans Inc, does not believe its method of cold calling should be labeled automated telemarketing. Nonetheless this method is unconventional according to Chris Haerich, a telemarketing representative. Haerich was also unaware of any prior instances where a program had the phrase “I am not a robot” in its response database, indicating that while robots may not yet be complex enough to handle every aspect of a business transaction, salespeople now recognize the impact their sales pitch can have when being delivered in an engaging voice. If people pick up the phone and hear a plainly robotic  voice similar to Bruce, one of the default system voices found in the text to speech feature on Apple Macintosh, they will quickly become irritated and hang up.

One of the major points emphasized both in telemarketing and accent reduction programs is the idea how you say something is just as important as what you are saying. In situations where you mispronounce a word due to your accent, use a word improperly, or speak too quickly to be readily understood, your listeners will be more understanding of such mistakes if you speak in an engaging tone and learn to “smile with your voice”. This can be accomplished a number of ways. Make sure to vary your tone when speaking, giving your speech a natural ebb and flow. 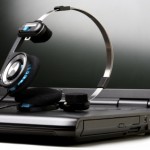