One of the biggest problems encountered by people who are trying to learn English is that the innate rules present in their native accent interfere with their ability to learn American English as taught in accent reduction programs.

Native, or L1 accents, are ingrained in people from birth and from this point forward most people don’t consider a language beyond their own, given that this is what they hear in their everyday environment. When a person beyond the ideal age for language acquisition attempts to learn a new language, they subconsciously try to apply the grammatical rules of their native language to the new language such as American English. This phenomenon, referred to as the “language transfer” or “L1 transfer”, affects the way a person pronounces English words, interferes with proper English grammar, limits their English word choices, and makes it difficult for them to communicate effectively.

In order to do away with L1 transfer, it is very important for people in accent reduction programs  to be aware of how language transfer affects their English learning and how they approach speaking on a daily basis.

When the relevant structure or unit of the native language and English are similar, it usually results in linguistic interference and the correct way of speaking English follows. This is what is known as a “positive transfer,” meaning that the contextual rules of a language fit with a foreign speaker’s ideas of how language should sound. However, L1 interference is usually mentioned when speaking about “negative transfer”.  This occurs when foreign English speakers (such as those in accent reduction programs) interchange structures and items that are dissimilar in both languages. The theory of contrastive analysis states that the greater the differences between the L1 and the L2 (second language), the more negative transference can be expected. 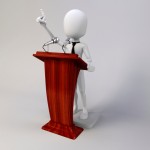 Accent Reduction Programs: How can you deal with accent interference?

There are many areas that negative L1 transfer can affect the way business professionals learn English. For instance, in the case of native Chinese speakers , problems are usually found in several areas that include intonation, stress, vowels and linking. In the Chinese language, tone changes are used to differentiate words while in English, they are used to affect what a sentence means. This means Chinese speakers usually have trouble with hearing and applying the patterns of intonation in English. Chinese speakers are also known to have problems with their English vowels. The reason for this is because Chinese has fewer vowels compared to English. This problem presents itself when Chinese speakers must differentiate between sounds such as “eat” and “it”.  Chinese students also tend to have problems in accent reduction programs with their consonants since final consonant clusters and final consonants do not exist in their language.

It is natural to wonder how and why such transfers happen. They can occur in two forms: unconscious and conscious. Non native English speakers and unskilled translators will sometimes consciously guess while writing or speaking a second language since they have not mastered the proper way of speaking and writing in this second language. When this occurs on unconscious level, thee speaker has no clear idea how to speak and write in a secondary language. It can be a tricky problem to overcome but most can achieve clearer speech by enrolling in one of our accent reduction programs.