Warning: Use of undefined constant mc_ps_parse - assumed 'mc_ps_parse' (this will throw an Error in a future version of PHP) in /home/customer/www/accentpros.com/public_html/wp-content/plugins/parse-shortcodes/parse-shortcodes.php on line 16
 American Accent Training: Neutral Accents in the Philippines Skip to content

American Accent Training: Why neutral accents are succeeding in the Philippines

In a society that is becoming increasingly dependent on technology for communication and productivity in the workplace, whether it be an iPhone, iPad, Android or personal laptop, any technical breakdown is always ill timed. In response to growing consumer demand for 24/7 tech support, large corporations are now outsourcing their tech support staff to call centers in India and the Philippines. This has caused many Americans to have a stereotypical view of call centers as having agents with foreign names that have been “Americanized” to Jim or Fred, while their heavy Indian accent and difficulty understanding American expressions makes it clear they could benefit from American accent training.

A recent report found that India has lost 70 percent of its call center industry to the Philippines. The head of India’s chamber of commerce believes this dramatic shift is due to Philippine employees having a strong command of the English language possibly because of American accent training. They also speak in a “neutral” accent, enabling them to not come across to American consumers as “foreign” the minute they start speaking. Televisions set up in Philippine call centers tuned to American Idol and the Rose Bowl have further assimilated representatives to specific touchstones of American culture.

American Accent Training: History of English in the Philippines

Americans who talk to a representative in a Philippine call center often have no idea the person that is helping them is situated somewhere in Southeast Asia. To untrained ears, Filipino speech is similar in rhythm and cadence to a Latino accent, a direct result of the Spanish rule in the Philippines for 300 years. America’s victory in the Spanish American War in 1898 mandated that English be taught as a core language in the public education system. This fact alone gives Philippines a critical advantage over their competitors in India. The earlier the human brain is introduced to a new language through American accent training or some other means of exposure, the more likely they are to speak the language fluently. This doesn’t mean that you have to completely change your linguistic identity in order to get ahead in the American business world however. Your accent will always be present in your speech regardless of how many American accent training classes you take. 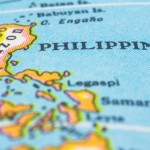 As you can see in the above example with the Philippine call center agents, making a sincere effort, like American accent training, to embrace particular aspects of American culture can help eliminate perceived differences between you and your coworkers. It can also boost your confidence knowing that you can speak intelligently about a variety of subjects in English without being self conscious of how your accent is perceived by others.

When first beginning American accent training it can be easy to overlook your speaking rate in favor of developing a diverse vocabulary and clear pronunciation habits. However the speed at which you speak may be the first indicator to listeners that English is not your native language. Indian speakers, for instance, are sometimes criticized for speaking English too quickly. In American accent training you will learn that you must be able to speak at a pace that fits the situation, holding your listener’s attention throughout.