Accent Reduction Idiom 1 – In the Nick of Time

Definition: Just in time; at the last possible moment. 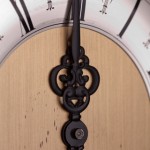 Example: The flight was already on its last boarding call, but she made it in the nick of time.

Origin: Before the 16th century, the expression “pudding time” meant arriving just in time to eat. Basically, pudding was always served first in the medieval times, which shows where the expression was taken from. However, merely stating that something happened before the meal started did not have the impact that the term is supposed to have. Eventually, the need for a more specific term arose. “Nick” refers to a cut or a notch, which is supposed to mean precision, which is a better reference to the exact moment in time referred to in the expression. In Shakespeare’s time, the term “in the nick” was used more often as the use of “pudding time” lessened over time. Although “nick” is also a reference to time, having both words in a single statement only emphasizes the preciseness described by the idiom.

Definition: To do something to help the time pass; to waste time by doing unimportant things.

Example: The client arrived early to her accent reduction session, so she decided to kill time and play games on her phone.

Origin: Very little is known about the origin of the term “to kill time,” but it first appeared around the 18th century and became more established in the 19th century. There are a few hypotheses on where the term came from, but one of them seems to be the most logical. Although time is an abstract concept, it is not new for the term to be referred to as an object. In fact, the Greeks would refer to it as Father Time, giving it life. Therefore, in the pretense that killing time is nearest the term “wasting time,” it is similar to saying that you have committed murder against time because of the careless way of using it. 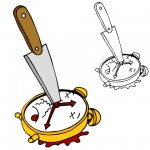 Definition: An uncertain and usually uncontrolled postponement of something inevitable; continuing to survive against expectations with the implication that it will not be for much longer.

Example: She has been living on borrowed time since the doctor diagnosed her rare condition. 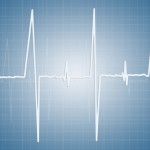 Origin: In England around the 17th century, the first eleven days in the month of May are seen as “borrowed days” from the month of April, because they used to be part of the latter in the old calendar. In the same context of something abstract, such as days, being borrowed, “living on borrowed time” is seen as borrowing time from death, especially when a person has narrowly missed death, or has been given the indication of dying soon.