Warning: Use of undefined constant mc_ps_parse - assumed 'mc_ps_parse' (this will throw an Error in a future version of PHP) in /home/customer/www/accentpros.com/public_html/wp-content/plugins/parse-shortcodes/parse-shortcodes.php on line 16
 English Accent Training: How Stress Impacts the Accent Skip to content

A basic concept introduced in English accent training is the idea that if you are uncertain how to pronounce a particular word, you can minimize the chances that you will mispronounce the word by blending the first syllable of a difficult word with the final syllable of the previous. A useful English accent training tip is to speak at a slower, more deliberate pace, which will immensely aid in accent reduction.

However very little research has been done on how stress can affect the accent. While an attempt could be made to simulate a stressful atmosphere in English accent training sessions just to see how a client responds, the client is likely to be too familiar and comfortable with their surroundings for this to have an effect.

A study recently published in the journal of Applied Cognitive Psychology revealed that Hispanics not completely fluent in English especially struggle to speak the language in situations where an authority figure is trying to determine their credibility. Examples include interrogations, job interviews, and traffic stops. They are forced to explain themselves clearly and concisely in a language they lack confidence in, which causes 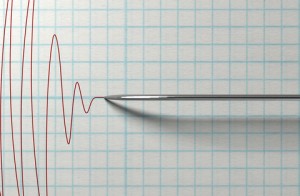 them to appear more anxious when speaking due to frequent pausing, mumbling, and the simplification of personal accounts when greater detail would be appropriate.

Law enforcement is trained to treat any information relayed in this manner with a dose of skepticism. Psychologist Jacqueline R. Evans conducted an experiment to see if racial bias or an unfamiliarity with non native English speakers’ accents was a significant factor in whether subjects were rated as being truthful and trustworthy.

Evans split her study into two separate experiments involving 206 participants, who were asked to review videos of native or non native English speaking Hispanics. The participants in one group largely identified themselves as being Hispanic, while the second group was non Hispanic. Surprisingly, both test groups concluded that non native English speaking Hispanics appeared more nervous, telling deceptive stories with obvious gaps in logic.

This is just one of our many blog articles that help educate and inform the public on English Accent Training. If you’re interested in learning more about English accent training, check out our free Accent Reduction screening. Within 48 hours you will receive results regarding your accent on a severity scale of 1 (very heavy) to 7 (very mild) accent. If you’re looking to start on your English accent training, we have office and online starter program options! Within 12 English accent training sessions, all clients have demonstrated accent reduction of 50% or more.