People have various reasons for their interest in accent reduction programs. Often the desire to change one’s accent is financially motivated. There is a school of thought that by reducing a foreign accent, the person in question can relate to their co-workers conversations more easily and become empowered to express themselves completely without having their intended message misunderstood by others. In theory, this will enable them to confidently ascend up the corporate ladder.

Accent reduction programs may also be sought because a person believes their accent is causing others to make negative assumptions about their character. Regardless of a person’s stated reasons for seeking out accent reduction programs, there exists a willingness to do whatever it takes to achieve an acceptable accent.

Such a decision has consequences that have only recently begun to be studied by linguists. Specifically with regard to how accent reduction programs change how a speaker views their native accent, and how this “new” standard American accent is perceived by those around them.

Researchers at the University of Manchester define “accentism” as the frustration a person with a foreign accent experiences after modifying their accent, believing they are conceding to public pressure when they adopt a 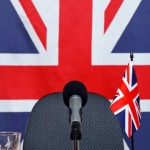 speech pattern that makes them sound sophisticated. This is also seen when the person goes in the opposite direction and speaks almost entirely in the local dialect, trying to emphasize the idea that they were born in a specific region of the country. In the Manchester study, both children and adults were interviewed about whether they changed their accent during critical life events, including job interviews.

Accent Reduction Programs: Received Pronunciation on the Decline in the U.K.

Linguist Dr. Alex Baratta believes that accent discrimination, and the negative feelings it can cause in those affected, should be treated with the same respect within the workplace as ethics violations. Contrary to popular belief only 2 percent of the U.K. population speaks the received pronunciation (RP) accent so closely identified with the British.

Accent reduction programs can alleviate the negative feelings brought on by accent discrimination by allowing the client to move at their own pace. Furthermore one of the objectives for accent reduction programs is to give the client the confidence they need to express themselves more clearly, not dramatically change their accent. It is impossible to completely eliminate one’s native accent. Thus it is important that those considering accent reduction programs not go into the process treating it as a quick fix for their accent. Evaluating how you feel about your native accent is just one step in part of an ongoing program.