Many of our clients at Accent Pros, who come in for accent reduction sessions, have advanced degrees and have excellent command of the English language. Given the evolving state of the English language; however, they may not understand informal slang and phrases that are regularly used in the workplace, and on various popular social media platforms such as Facebook and Twitter. Occasionally our accent reduction clients will understand the meaning of an idiom, but use it in an improper context, which could potentially have embarrassing consequences. In our continuing efforts to feature only the most relevant and practical terms when helping you on your accent reduction goals, here are three food related idioms that have become standard shorthand in workplace cafeterias.

Definition: Used to express how hungry a person is, usually after a period of intense physical activity that has caused them to work up a ravenous appetite.

Example: I haven’t eaten since this morning and now I could eat a horse!

Origin: This is an idiom with an unclear origin, as there are conflicting sources as to where and when this phrase was first coined. One explanation that seems to make the most sense and happens to be the most popular states that the quantity of meat that one can get from a horse is so large, it can satisfy extreme hunger. However, some of the finer points of this story appear to contradict one another. If size was the sole focus, the phrase could be “I am so hungry I can eat an entire horse.” The expression dates back to the 19th century, when the phrase was “I could eat a horse behind the saddle” as is found in a stage play called Guy Mannering in 1816.

Definition: Refers to food that has exceptional taste and quality, hence fit for the palate of divinities such as gods.

Example: I had a dish fit for the gods from that new steakhouse around the corner.

Origin: This origin stems from Shakespeare’s play Julius Caesar written in 1601. The idiom as it is currently constituted is a reference to how the conspirators were eager to kill Caesar but didn’t want their act to be seen as vengeful by the gods, instead wishing it to be viewed as a heroic act intended to save the people of Rome from having to live under a dictatorship. Such intention is reflected in the following quote By Cesar’s former friend 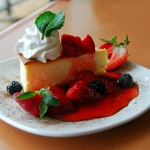 Brutus: “Let’s kill him boldly, but not wrathfully; Let’s carve him as a dish fit for the gods…” While the phrase is no longer associated with murder, it still refers to something that is of the highest caliber and worthy of respect. 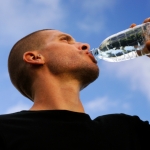 Example: Take the bottle of wine away from him or he will finish it since he can drink like a fish.

Origin: This idioms draws a connection between how fish rely on water to sustain themselves and how some drinkers become dependent upon alcohol. This phrase stems back to the year 1640 and appears in The Night-Walker, or the Little Theife which was written by Fletcher and Shirley. The line was “Give me the bottle, I can drink like a fish now, like an elephant.” However, the phrase “drink like an elephant” didn’t really catch on.