Warning: Use of undefined constant mc_ps_parse - assumed 'mc_ps_parse' (this will throw an Error in a future version of PHP) in /home/customer/www/accentpros.com/public_html/wp-content/plugins/parse-shortcodes/parse-shortcodes.php on line 16
 Accent Reduction: Animal Idioms - Accent Pros Skip to content

Definition: Used to express that someone is extremely sick. 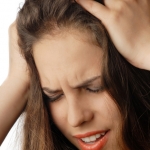 Example: I can’t go to John’s party. I am sick as a dog and I will not have any fun anyway.

Origin: Some say this saying comes from the 1700s while others say it dates back to the 1500s. Back in the 1700s, it was very common to call something dirty, undesirable, or in the case of this saying, sick as a dog. This might have been due to the multitude of diseases that were spread by dogs and other animals. Dogs were also not immune to illness, as the lack of ideal food sources led them to eat nearly anything and then vomit afterwards.

Definition: To shed such tears as a false sentiment. That is, the display of emotion is fake and the tears are just for show. 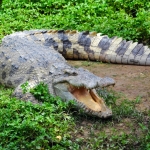 Example: Watch that baby shed crocodile tears to get out of eating vegetables!

Origin: A common allusion used during ancient times centered around the idea crocs shed tears of remorse as they ate their prey. This is somewhat true since crocodiles indeed do have lachrymal glands that can produce tears and lubricate their eyeballs much as humans do. However, they do not produce tears as a display of emotion. Early citations referring to this saying were made under belief that crocodiles really did shed tears of emotion.

It isn’t until the 27th century that a reference to the phrase in its current context is seen. In 1563, Edmund Grindal, the Archbishop of York and Canterbury, used the expression to illustrate insincerity.

Definition: This is an idiom that is most often used to express just how happy and contented a person is.

Example: Ever since he started dating that lady from the pharmacy, Neil has been as happy as a clam and is never in a bad mood.

Origin: Taken at face value, this seems to be a very funny idiom because how can clams be happy? Some sources suggest that the very reason this idiom came to be was because open clams gave the illusion that they were 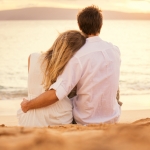 smiling. However, the real meaning comes from the following saying: “as happy as a clam in high water” because clams are usually free from their predators when the tide is high.

This phrase gradually entered general US vernacular thanks to people who lived in the north Eastern part of the US in the early 19th century.